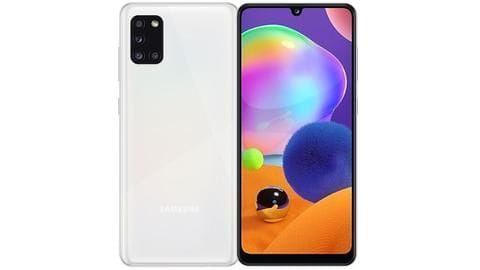 Technology
Samsung Galaxy A31 launched in India at Rs. 22,000

Expanding its line-up of mid-premium smartphones, tech giant Samsung has officially launched the Galaxy A31 in India. It arrives a successor to the Galaxy A30 which debuted in India in February last year. Technology
Samsung Galaxy A31 expected to be launched in June

Samsung's budget-friendly smartphone, the Galaxy A31, is expected to be launched in India in the first week of June, according to news agency IANS. Reportedly, it will be available across all major offline and online sales platforms. As part of Flipkart's Big Shopping Days sale, which will end on December 5, Vivo is offering exciting discounts on its best-selling smartphones along with no-cost EMI options and 10% discount on HDFC Bank cards. Vivo has announced exciting discounts and offers on its best-selling smartphones as it celebrated its five-year anniversary in the Indian market. No matter if you like them or not, selfies have become a trend in today's era. Naturally, all OEMs are continuously innovating to improve your selfie-taking experience.