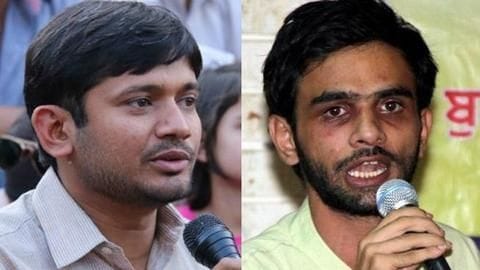 What sparked the JNU sedition row?

In February 2016, JNU students held a protest on their campus to protest against the death penalty given to 2001 Parliament attack convict Afzal Guru and Kashmiri separatist Maqbool Bhat. The event, which was held despite withdrawal of permission by the administration, saw clashes between several groups. In the chaos, it was alleged that anti-India slogans were raised.

Why had it become a contentious issue?

Following the event Kanhaiya Kumar was arrested, and Umar Khalid and Anirban Bhattacharya later surrendered to the police. The case received widespread media attention, and the use of the colonial-era sedition law in the arrests were criticized as a crackdown on dissent and free speech.

How did political parties react?

The Opposition, particularly the Congress, criticized the police's actions saying it was an attempt by the BJP to push its Hindu nationalist agenda. The BJP, on the other hand, said that anti-India slogans or chants, be it in JNU or any other institution, would not be tolerated as a rule of thumb.

How did the international community react?

The international community largely criticized the arrests. Around 500 academics from around the world, including JNU alumni and notable scholars like Noam Chomsky, Orhan Pamuk, Akeel Bilgrami and Sheldon Pollock called the arrests "shameful".

'The Amazing Race' Season 32 to premiere on October 14