Katrina unfazed by 'ToH' failure, says 'it wasn't my film' 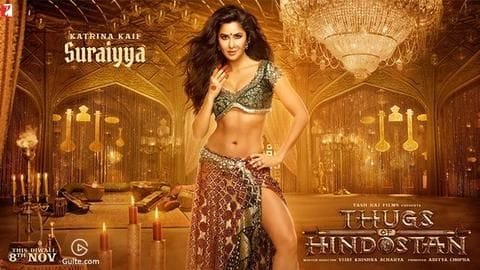 Which is Katrina Kaif's upcoming movie?

Katrina Kaif has one release in 2019 and will be seen in Salman Khan starrer Bharat.

How did Katrina Kaif react to Thugs Of Hindostan failure?

How did Katrina Kaif react to Zero failure?

Talking about Zero fiasco, Katrina said, "In Zero, I was very nervous about how Aanand sir would wind up the film. Because I felt that was very tricky. He really went out there and in certain places, I think maybe it was a step too far which lost its relatability to the audience. That's about it. There's nothing more than that to analyse".

What is the cast of Bharat?