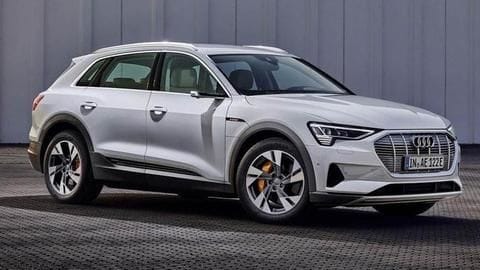 German automaker Audi has revealed a lighter and more affordable variant of its electric SUV, the e-Tron.

Titled as e-Tron 50 Quattro, the new model packs a smaller battery and is around 120kg lighter than top-of-the-line e-Tron 55 variant.

The all-new e-Tron promises a range of 300km which is 100km lesser than its elder sibling.

Let's take a look at the e-Tron 50 Quattro 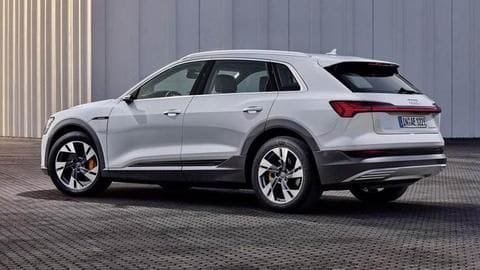 The door handles, roof spoiler and roof rails match with the body color, while the chrome work around the windows adds more premium-ness.

The fully-electric SUV houses an all-LED lighting setup for the headlamps, DRLs, side indicators, and taillamps.

Here's a look at the features 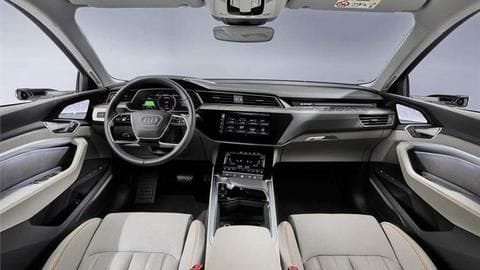 The Audi e-Tron 50 Quattro is likely to get most of the features from its elder sibling. Hence, we expect it to sport a similar cabin like that of e-Tron 55.

Apart from that, the all-electric SUV will also get features like the infotainment system, Audi's Virtual Cockpit setup, panoramic roof, and regenerative braking system from the higher variant.

The all-new e-Tron 55 Quattro is powered by a smaller 71 kWh lithium-ion battery which churns out 308bhp power and 540Nm peak torque.

The all-electric SUV promises a range of 300km and can sprint from 0-100kmph in 7 seconds.

Moreover, it can be quickly refueled by upto 80% in around half an hour at rapid charging stations.

Will it come to India?

Reportedly, the Audi e-Tron is scheduled to arrive in India sometime around the end of 2019. However, it is still unclear if the company will only bring the e-Tron 55, or e-Tron 50, or both the models in the country.