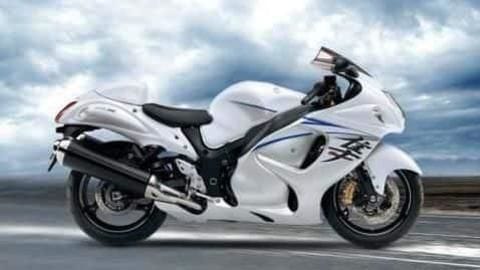 Named after the Peregrine Falcon bird, Suzuki's Hayabusa bike is, in spirit, like the world's fastest animal. Its 16-valve four-cylinder 1,340cc engine churns out 197bhp of maximum power and 155Nm of peak torque, allowing the superbike to reach record speeds of over 300km/hour.

But beyond these figures, there are several lesser-known facts about the Hayabusa bike that all motorheads should know.

One of the fastest production motorcycles ever built

With a top speed of 312 km/hour, the Hayabusa was launched as the world's fastest production superbike. Evidently, that didn't fare too well with Kawasaki. It wanted to regain the lucrative bagging rights.

However, the manufacturers got into an informal agreement to electronically limit the speed of their motorcycles to 300 km/hr, allowing both the companies to claim their bikes are the fastest ones.

Hayabusa has been used for highway patrolling as well 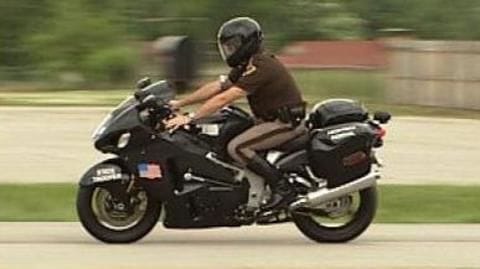 Whether in Hollywood movies or Bollywood, Hayabusa has had its share of fame being driven around by villains or heroes. But in real life, the superbike has actually been used for highway patrolling.

In 2006, the government of Oklahoma introduced Hayabusa as a pursuit vehicle. The model was slightly tweaked to feature a radar unit, police lights, siren, and the official color and insignia.

Even the "Ghost Rider" loves Hayabusa

In fact, Swedish motorcycle stunter "Ghost Rider", considered "the most famous flaunter (sic) of road rules the world has ever seen" is mostly seen riding on his Hayabusa.

Most interestingly, the powerful engine of the Hayabusa has even backed some four-wheelers.

In 2001, Suzuki used the Hayabusa engine in their GSX-R/4 and the Formula Hayabusa cars. Moreover, the British-made Lotus Seven-inspired Westfield Megabusa also uses a Hayabusa engine.

In 2015, the replica of the Bugatti Model 100 air racer, which was powered by twin Suzuki Hayabusa mills, successfully completed its test flight.

One of the fastest accelerating machines ever

Even after two decades since its launch, the Hayabusa is still one of the fastest accelerating motorcycles ever built. The Japanese superbike takes just about 2.74 seconds to accelerate from 0-100 km/hour and is capable of beating multi-million dollar worth supercars on a drag strip.