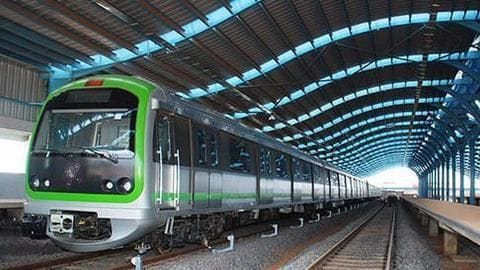 With the launch of the Metro Green line in Bengaluru that connects the East-West and North-South corridors, the real estate around the routes have become hot properties.

An official from the revenue department said, "Now we expect prices to go up by a further 10-20% in the next quarter and we assume it needs some value correction." Politically important centres like Mysuru and Kalaburagi failed to bag 'Smart City' tag as 7 out of the proposed 11 cities made it to the coveted list.

What made matters worse for the Congress government is that the plan proposed by urban development department as an alternative to the Smart City project for those that didn't get selected, has now been dropped.

Right-wing leader lashes out at Krishna Mutt for hosting Iftar The leader of right-wing group Sri Rama Sena, Pramod Muthalik lashed out at the Krishna Mutt and its seer for hosting the Iftar. According to him, it was an 'insult' to Hindus.

The event was held to promote harmony between Hindus and Muslims.

Muthalik called Muslims "cow slaughterers", for which the Pejawar Mutt seer criticized him for trying to create differences between the communities. Karnataka CM Siddaramaiah asked the cops not to arrest the editors Ravi Belagere of Hai Bangalore and Anil Raju of Yelahanka Voice who were sentenced to one-year jail term by the Karnataka Assembly. They were accused of writing "defamatory articles" against a few MLAs.

This step comes in the wake of strong condemnation by the Editors Guild of India and rights group Amnesty International. President Pranab Mukherjee finally gave his approval to the Karnataka Transparency and Public Procurement (Amendment) Bill 2016, empowering SC and ST contractors in the state with a 24 % reservation for obtaining government contract works up to Rs. 50 lakh.