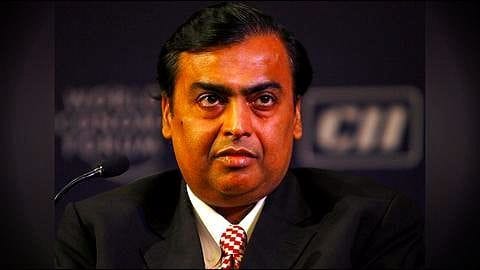 Reliance Jio users may have to pay more for data services as the telco is likely to increase tariffs every few months, says US-based Goldman Sachs.

It also said the next potential Jio price hike would be in January 2018.

Jio recently raised tariffs by 15-20%, which would help the price-war-torn telecom sector stabilize and give incumbent players headroom to increase prices.

Telecom price war could finally come to an end On 18 October, the telco made several changes in its data packs. GS analysts said the price hikes by Jio would help in increasing the telecom sector's ARPU (average revenue per user) in the next 3-6 months.

And, such a move by Jio would mostly benefit India's largest telco, Airtel.

They said, "Bharti Airtel remains in an enviable position to grab market share and grow profits should the market continue consolidating at the tail end." Though Airtel's wireless business wouldn't face any challenges, its home broadband and enterprise business may be under pressure as Jio forays into these segments in the next two years.

Goldman Sachs analysts stated: "In our bear case, where we assume a decline in Bharti's home broadband revenues in FY18/FY19, slower growth in enterprise, and continued price competition in wireless for another few quarters."

Airtel ahead of Jio on the spectrum front In terms of spectrum footprint, Airtel has 72MHz per circle, including Telenor, whereas Jio has 50MHz.

However, Airtel's 120,000 wireless broadband towers are a little behind Jio's 150,000 towers. Goldman Sachs believes Airtel would close this gap within the next 18 months.

The report said Airtel's "annual India capex spend" would remain "elevated at $2.5 billion in the near term".

Goldman Sachs expects the larger operator Airtel would defend its market share against the new entrant Jio and start showing signs of improvement from the Q4 of the current fiscal. However, smaller telcos, burdened with debts, would find it difficult to compete.