CSO expects economy to have grown by 7.6% 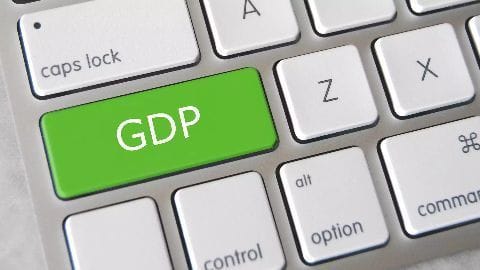 The Central Statistics Organization (CSO) projected the Indian economy to have grown by 7.6% in the fiscal year 2015-16, higher than government's own expectation of 7-7.5%.

What does the GDP indicate? GDP is the principal means of determining the health of a country's economy.

Headline GDP numbers are often quoted as indicating whether a country is growing and by how much.

Governments rely heavily on the figure, to shape policy or determine how much public spending is affordable.

GDP numbers can also be used to compare the economies of countries or states.

Who calculates the GDP?

The Central Statistics Office (CSO), under the Ministry of Statistics and Program Implementation calculates the GDP of India. CSO coordinates with various federal and state government agencies and departments to collect and compile the data required to calculate the GDP. The method of calculating GDP in India was changed in Jan 2015.

Prior to revision, GDP was calculated using two different methods - based on economic activity (at factor cost) and based on expenditure (at market prices).

GDP at factor cost was the most commonly followed and reported figure.

Changes in method of GDP calculation As per the new method of GDP calculation, three important changes were made.

These include: Changing the base year; Replacing factor costs with market prices; and Widening of the data pool.

The benchmark measure of economic growth will henceforth be based on market prices and larger sample data would be included for calculation.

India's growth fastest but is it really? But a revision in the method of calculation has left analysts and the government's own chief economic advisor doubting how far the data can be trusted.

Economists were baffled at how the GDP numbers were disconnected with reality.

While the GDP estimates show a higher growth, high frequency macro-economic indicators in the economy, such as bank credit growth, auto sales, factory output and growth in the manufacturing sector that should ideally go in hand with the GDP figures did not reflect it. The new formula shows India as the fastest-growing major economy in the world.

Addressing students at Indira Gandhi Institute of Development Research Rajan said, "There are problems with the way we count GDP which is why we need to be careful sometimes just talking about growth."

CSO expects economy to have grown by 7.6% The Central Statistics Organization (CSO) projected the Indian economy to have grown by 7.6% in the fiscal year 2015-16, higher than government's own expectation of 7-7.5%.

Agriculture continues to be worrisome All is not good on the agricultural front where the growth has turned into negative territory (-1%) in the Q3 (Sept-Dec'15) owing to 23% shortfall in the monsoon.

The industry and service sector are fairing better with 9% and 9.4% growth respectively in Q3.