Tesla founder Elon Musk smoked marijuana, drank whiskey and wielded a sword, all on a live-show with comedian Joe Rogan, following which shares of the electric car company plummeted by 6%, on a single trading day, on Friday.

But that's not it. The resignation of Chief Accounting Officer Dave Morton, weeks after joining the company, has stunned investors. 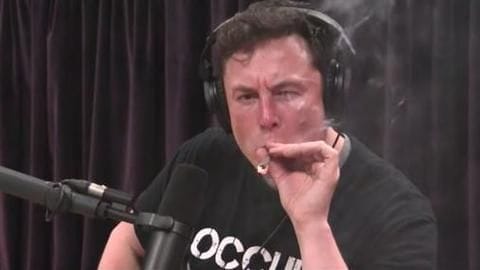 The outspoken CEO told Rogan on the show he 'almost never' smoked, prompting a laugh as reaction from the latter.

Rogan said the joint was a mixture of tobacco and marijuana (which is legal in California).

"I'm not a regular smoker of weed. I don't actually notice any effect ... I don't find that it is very good for productivity," Musk said. 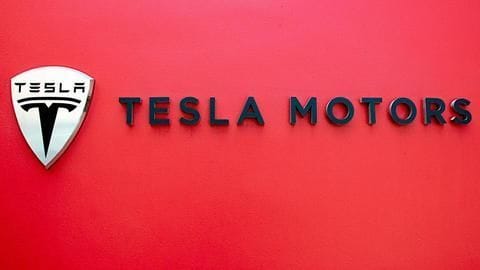 While everyone was still reeling from Musk's behavior on the live show, Morton and Gaby Toledano (Head of Human Resources) resigned.

Morton had joined the company after Musk tweeted he would take Tesla public with 'funding secured', a plan which was scrapped 17 days after the announcement.

About his resignation, Morton said he had no issues with Tesla's financial reporting.

Public attention the company got exceeded my expectations: Morton

"Since I joined Tesla on August 6th, the level of public attention placed on the company, as well as the pace within the company, have exceeded my expectations. I want to be clear that I believe strongly in Tesla, its mission, and its future prospects," Morton said.

Too cool a CEO or too arrogant? 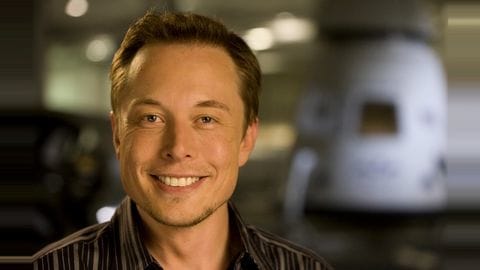 The marijuana incident is the latest one to rock Tesla, all because Musk probably thought "he was too cool".

In July, he called Vernon Unsworth, the diver who rescued kids from Thailand cave a paedophile, and eventually apologized. But earlier this week, he reportedly claimed Unsworth was a 'child rapist'.

For the record, Musk's idea to rescue kids didn't work out.

Noise for a new senior leader gets louder by everyday 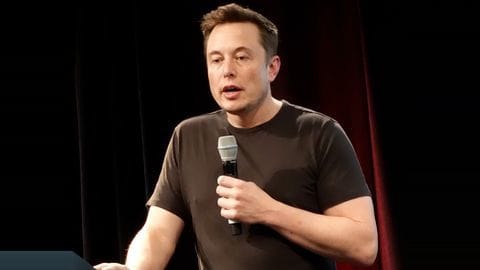 Musk's behavior is, without a shred of doubt, unbecoming of a CEO. This has raised concerns among Wall Street experts, and the call to appoint a senior leader has gained momentum.

"We have been calling for a Co-CEO or COO to assist to codifying the leadership structure and in so doing, the culture at Tesla," said James Albertine, an analyst at brokerage Consumer Edge 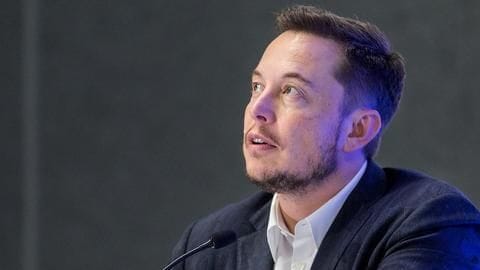 In an email to Guardian, after calling the news outlet 'most insufferable newspaper on planet Earth', Musk wrote, "Our policy allows trace amounts of THC [an ingredient of cannabis] during work times, provided they are below the safety limit."

Meanwhile, he also shot off an email to employees asking them to ignore 'fuss in the media'.

He also announced a number of internal promotions.

Black men are in jail for far less, writes Twitter-user 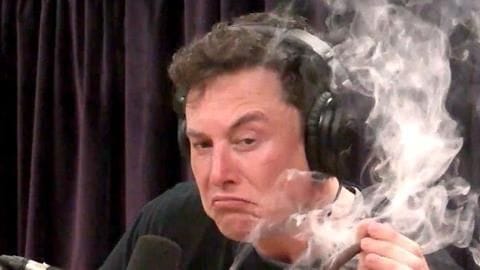 As expected, the Internet saw a flurry of reactions on the Musk incident. @TheDweck tweeted: Elon Musk is such an innovator he created a way to look lame smoking a blunt.

And @Mikel_Jollette made this observation: There's nothing wrong with Elon Musk smoking weed on TV. What's wrong here is that hundreds of thousands of black man are currently rotting in jail for far less.

Even the expression didn't go unnoticed

how you think you look smoking weed vs. how you actually look pic.twitter.com/UUNuXdSEk5

Hey Musk, what are you thinking?

Is Musk on a self-sabotage trip? Or does he just want to project himself as the 'coolest CEO to walk Earth'? Or does he really not care? We have a lot of questions but the one which tops all is: What about Mars?