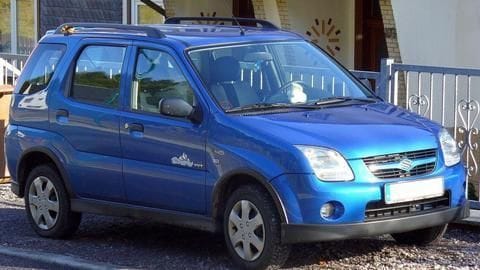 Maruti's retro-chic hatchback Ignis is garnering attention for bringing together high utility and good looks. Launched last month, the car is priced between Rs. 4.59 and 7.80 lakh.

What sets it apart from other Maruti cars in this price range is that it offers smart features like tablet touchscreen, multifunction steering wheel, LED projector headlamps etc. However, it gets noisy at higher speeds. After a brief stint at Rolls Royce in England, Sanjay returned to India with the intent of starting his own prototype.

Soon enough, in 1970, the government allowed Sanjay to produce 50,000 cars under the name of a company called Maruti Limited which he had floated in 1971.

Since its inception, the carmaker battled controversy under charges of nepotism. After the prototype failed multiple car tests, it still managed to get the license to produce them. Beset with bribery and corruption allegations, Maruti was later liquidated and partnered with Japan-based Suzuki. After the partnership between Maruti and Suzuki gained solid ground, the company produced a small car called the Maruti 800, an instant hit amongst customers.

Named 800 after its 800 cc engine capacity, it chronicled nearly 30 years in production.

Nearly 2.87 million Maruti 800s were sold and the car was pitched as the highest selling car in India till 2004. The company has nearly 17 models that are currently being sold in the country.

The popular minivan, Omni, launched in 1984 is still being sold. The others currently in the market are Gypsy, Wagon R, Swift, Grand Vitara, DZire, Ritz, Eeco, Alto K10, Ertiga and Alto 800. With Suzuki's strong labour culture and modern methods of manufacturing, its Indian workers soon adapted to its labour style.

But soon afterwards, with conflicts between the company and the government, the workers went on an indefinite hunger strike in late 2000 with demands to increase wages.

When plans on disinvesting the government's stake emerged, the labour union strongly proceeded to oppose the plans. Earlier this year, Maruti Suzuki halted its operation across two of its plants, located at Manesar and Gurugram.

This was because of its component supplies being hit by protests from the community of Jats, who are demanding that they be included under the OBC caste list, giving them job reservation.

Production of around 5,000 vehicles per day were hit due to the protests.

With its stock trading at close to Rs.5740 across both the BSE and NSE, the company has charted market capitalization pitched at a whopping Rs.173,195 crore. Scintillating massive sales, and touted to be one of India's biggest automakers, Maruti Suzuki has clocked sales of over ten million vehicles.

In its latest quarter, the company garnered revenues of over $8.7 billion.

Its profit figure was pegged at $690 million this year.

This month, the company made its biggest monthly sales of 137,277 units, with a growth of 29% in the market. It comes in both petrol and diesel variants.

Features like dual airbags, anti-lock braking system and child seat mounts are provided on all variants. The company attributed the success to growth in their higher end segment, low sales costs and cost reduction exercises.

Total income from operations was up 13.06% and unit volume sales were up 3.5% in the same period. Maruti's retro-chic hatchback Ignis is garnering attention for bringing together high utility and good looks. Launched last month, the car is priced between Rs. 4.59 and 7.80 lakh.

What sets it apart from other Maruti cars in this price range is that it offers smart features like tablet touchscreen, multifunction steering wheel, LED projector headlamps etc. However, it gets noisy at higher speeds.

End of the road for Ritz? Maruti Suzuki has halted domestic and international sales of the Ritz. Since being launched in 2009, it has sold over 400,000 units worldwide.

However, a company spokesperson clarified that "Maruti Suzuki is committed to ensure availability of spare parts and service for next 10 years."

Here's how the 2020 Maruti Suzuki Ignis will look like