#FinancialBytes: All you need to know about National Pension System In India, a majority of citizens are not covered under any pension scheme. Many don't give enough importance to retirement planning, which is crucial for maintaining financial stability and security post-retirement.

Among the options available, National Pension System (NPS) is one of the most popular pension plans. The government-sponsored NPS is also an excellent tax-saving option.

Here's everything you want to know about NPS.

What is National Pension System? 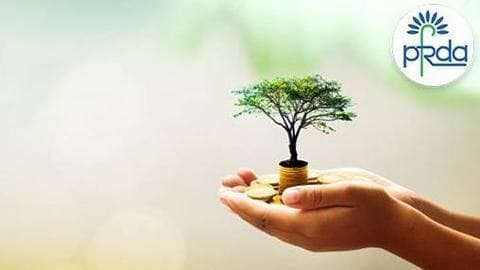 The National Pension System is a voluntary defined contribution pension scheme that was introduced in 2004 initially only for government employees.

However, the government-sponsored scheme was later launched for all citizens (salaried/non-salaried) in 2009.

Under the scheme, one can regularly contribute to their retirement account.

The NPS system is administered and regulated by the Pension Fund Regulatory and Development Authority (PFRDA).

About the eligibility and contribution amount Any Indian citizen aged between 18-60 years can join NPS. NRIs are also eligible for the scheme.

While the minimum contribution amount under NPS is Rs. 6,000 in a financial year (Tier-I accounts), there is no upper limit.

If a subscriber fails to make the minimum contribution, their account will be de-activated that can be re-activated by paying the minimum required amount and penalty.

How can you join the NPS scheme? To open an NPS account, one can visit a Point of Presence (POP). Many public/private banks and financial institutions are enrolled as POPs for NPS.

Alternatively, one can open an NPS account online by visiting the eNPS portal.

How can a subscriber withdraw money from NPS? As NPS is a retirement pension scheme, one should ideally stay subscribed until their retirement.

After turning 60, subscribers must use a minimum of 40% the corpus to purchase an annuity that provides a regular monthly pension.

They can withdraw another 40% of the NPS corpus tax-free. The remaining 20% can either be withdrawn (will be taxable) or used to buy an annuity.

Withdrawal in case of premature exit

If a subscriber wants to exit NPS before retirement, then can only withdraw 20% of the corpus and utilize the remaining 80% to purchase an annuity to get a regular monthly income. One can exit NPS after completing 10 years of subscription, say NPS rules.

About the tax benefits available for NPS subscribers NPS subscribers can claim tax deductions of upto 10% of their gross income under Section 80CC(1), capped at Rs. 1.5 lakh.