Amazon has built vests to protect workers from warehouse robots 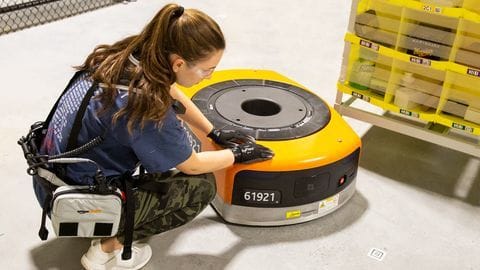 With robots at Amazon's warehouses increasingly becoming a hazard for the company's warehouse workers, Amazon Robotics has come up with a new vest to protect its employees.

Over the course of last year, these vests have been distributed across 25+ sites and the hope is that they will make working at Amazon warehouses much safer.

Robot-human interaction is increasing, as are accidents Robot-human interaction is increasingly becoming common in Amazon's warehouses, and understandably, accidents involving robots have also increased over the years.

Given this problem, the online retail giant's in-house robotics division was roped in to design the vest to keep its workers safe in situations when they have to enter a space where Amazon's warehouse robots are active.

Just a month back, 24 Amazon employees were hospitalized

In December last year, two dozen Amazon warehouse employees were hospitalized after a robot malfunctioned at a New Jersey warehouse and tore open a can of bear spray, which is typically made from extremely spicy peppers.

How exactly do the vests protect Amazon workers? 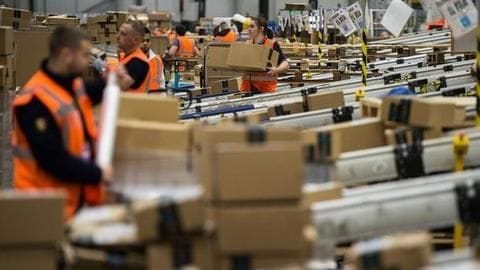 According to a report by TechCrunch, the new 'vest' is not really a vest but a pair of suspenders attached to an electronic utility belt.

The belt has in-built sensors that alert Amazon's robots about the presence of humans nearby, and work in tandem with the robots' existing obstacle avoidance system.

When humans are nearby, robots thus detect them and slow down.

Robots update travel plans based on inputs from the vest

"What the vest allows the robots to do is detect the human from farther away and smartly update its travel plan to steer clear without the need for the associate to explicitly mark out those zones," said Amazon Robotics VP Brad Porter.

Amazon is among the most dangerous US-based companies 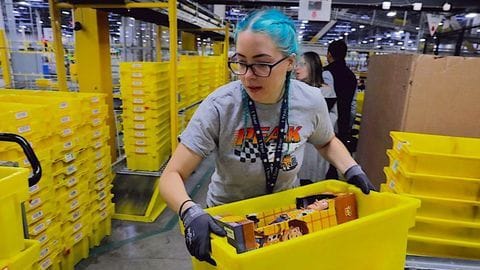 The development comes at a time when safety advocates are becoming increasingly concerned about workers' safety at Amazon's warehouses.

Last year, the US National Council for Occupation Safety and Health put Amazon on its "dirty dozen" list of the most dangerous US-based companies to work for.

The Council noted that seven workers had died in Amazon warehouses since 2013. 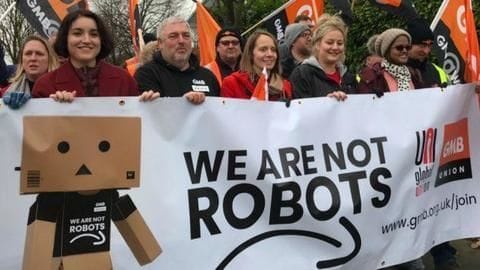 Given this categorization, Amazon seems to be taking proactive steps to improve worker safety in its warehouses.

However, the online retailing giant still has to come up with a satisfactory reply to alleged atrocious working conditions that its warehouse employees have to endure.

Over the past year, multiple reports have pointed towards inhumane working conditions, and several demonstrations have taken place to protest against the same.