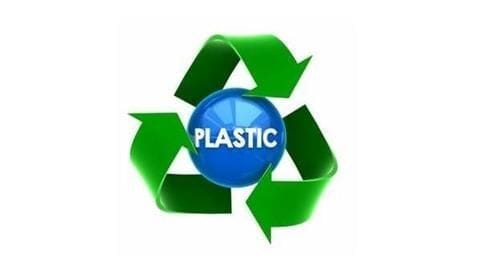 Let's face it, plastics are a threat for everyone, from humans on the land to creatures in the deepest parts of the ocean.

It's a harmful non-biodegradable material that clogs landfills and doesn't decompose, not even in decades.

But now, Gem Enviro, a Delhi-based start-up, is driving a change, recycling plastics into bags, clothes, other merchandise.

Plastic waste is at critical levels If a 2018 study from Down To Earth is anything to go by, every year, Earthlings consume 300 million tons of plastics.

Of this, more than 16.5 million tons comes from India in the form of bags, bottles, soda cans etc.

These plastics end up in landfills, oceans, spelling doom for planet Earth and the species on it.

Why plastics are a threat? 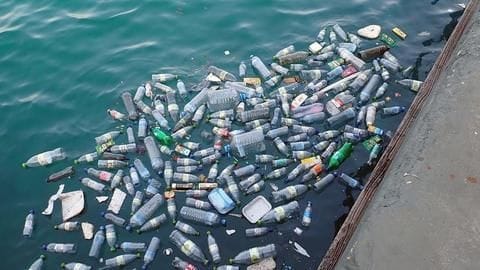 Now, you may wonder what's all the fuss about plastics and why is it considered so dangerous.

Well, let's put it this way; plastics have harmful toxins, which can get consumed by organisms living in oceans and move up the food chain to humans.

Meanwhile, on land, plastics don't break down and affect soil fertility drastically, and burning them pollutes the air.

This is where GEM Enviro comes in 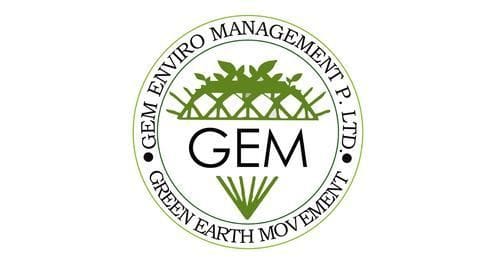 The company came to being six years ago when Sharma met Dinesh Parikh, his founding partner, at Ganesha Ecosphere, one of India's largest polyethylene terephthalate (PET) companies.

The duo realized the harmful effects of PET and how companies needed a way to get waste plastics recycled.

GEM Enviro's mission is to collect and recycle, says Sharma

"We realized companies in PET recycling are not getting required quantity and quality of raw material, while many PET bottles are going into the landfills, which is spoiling the environment. So we thought we'd do something to pick up and recycle most of the plastics."

How they collect and recycle plastics 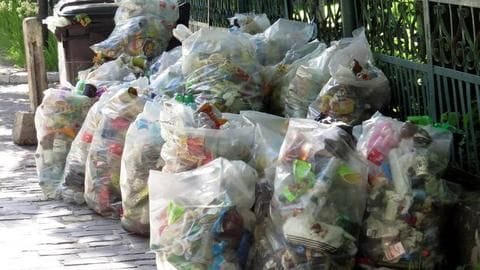 Since 2013, GEM has been collecting different plastics, including PET (like mineral water bottles) and others, processing them with the help of Ganesha Ecosphere.

First, Sharma said, the plastics are collected by ragpickers and sent to a collection center for segregation, where they're separated from non-recyclable items.

Then, the materials are compressed to form bales and dispatched to PET recyclers like Ganesh for recycling.

Then, comes the process of extrusion, fiber generation

"At the end of recycling there is the process of extrusion where the recycled material is melted at a high temperature and solidified to form a fiber, which is called recycled polyester staple fiber," Sharma added.

Recycled material can then be used to produce bags, shirts "Once we get this fiber, we can make products like t-shirts, laptop bags, jackets, or anything in which polyester is used," Sharma said, adding that the recycled products are sold to various corporates.

To note, the company has partnered with several brands, including Coco-Cola, PepsiCo, to collect plastics from their plants.

Even hotels and restaurants serve as the source of waste recycled by GEM.

Over 1 lakh tons of plastics recycled till now 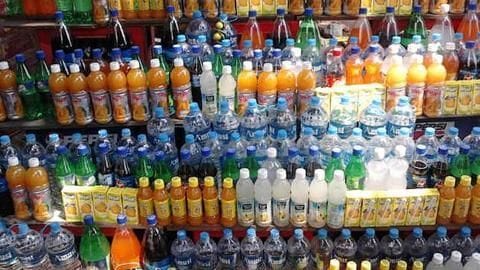 Speaking on the impact of GEM Enviro, Sharma that the company has recycled more than 1 lakh tons of plastic waste since its inception.

This is estimated to have saved over 1.4 lakh carbon dioxide emissions, contributing towards a cleaner, greener Earth.

But that's not it; along with the environmental benefit, Sharma said their organization has also had a social impact: by supporting ragpickers.

"In this business, the ragpickers are involved and they are really very poor people," Sharma said, adding that they have been providing them with higher wages as well as training and health checkup programs. GEM Enviro is working with more than 10,000 ragpickers across India. 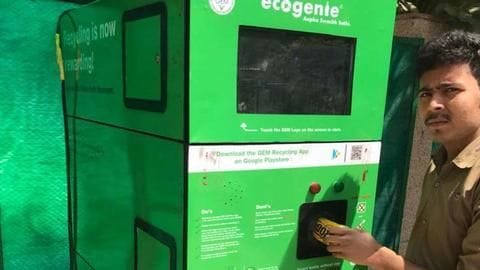 Having said that, it's worth noting here that GEM is focusing on bulk waste management at the moment - collecting, recycling plastics from plants, hotels, et al.

For individuals, Sharma said the model is not scalable considering the high cost of collection involved.

They have installed some 30-35 plastic disposal machines in different regions but the element of incentive creates the problem.

"The problem with reverse vending machines is that people won't drop bottles unless you give them a good incentive," Sharma emphasized, adding that only poor people use these machines because they have the time and appreciation for reward, unlike those from the middle, higher class. 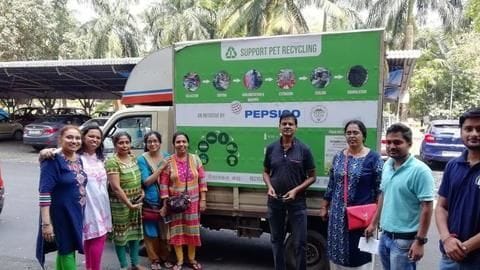 Now, with a successful business in operation, GEM plans to expand its scope in the field of waste collection and recycling.

"We have been targeting PET, but are now focusing on multi-layered plastic packaging also, like packets of chips; they are the major cause of the enivornmental problem," Sharma said.

In addition to this, they plan on expanding their operations throughout the country.

After brouhaha, government will NOT ban single-use plastic