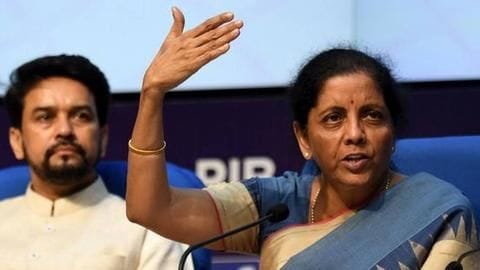 The government should bring down income tax for those earning between Rs. 5 lakh and Rs. 10 lakh per year to 10%, a top panel has suggested.

The Direct Tax Code (DTC) task force, which was formed to suggest changes to the 58-year-old Income Tax Act, has submitted a report to Centre.

If the suggestions are implemented, the salaried class will get a huge relief. To note, DTC has just put forward a proposal in front of the Finance Ministry, headed by Nirmala Sitharaman.

There is little clarity on whether the government, which is focused on increasing tax revenue, will accept it or not.

According to HT, the task force submitted its report last week. It recommended that tax slabs should be increased from four to five.

Give rebate to those earning up to Rs. 5L: Panel

Evidently, the panel, which was headed by Central Board of Direct Taxation (CBDT) member Akhilesh Ranjan, wants to increase the "spending limit" of taxpayers.

The panel said those earning up to Rs. 5 lakh per year should be given a full rebate, while those minting somewhere between Rs. 5 lakh and Rs. 10 lakh annually, should be taxed 10% of their income.

The proposed regime will help individuals save money

"Tax will be charged for income between Rs. 5 lakh and Rs. 10 lakh at 10% and an individual can save up to about Rs. 37, 500 a year (at the higher end) under the proposed regime," an anonymous source told the daily.

Those earning between Rs. 10L-20L could get respite too

Further, the panel also advised that those falling in the income bracket of Rs. 10 lakh and Rs. 20 lakh should be taxed 20%.

Currently, those earning more than Rs. 10 lakh per year are taxed 30%.

Soon, those earning Rs. 2 cr could save lakhs 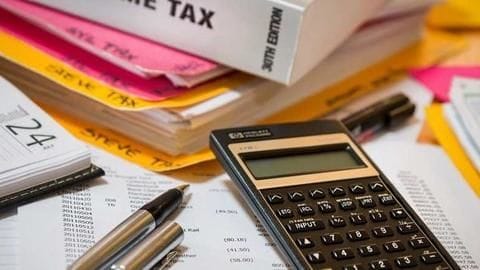 The fourth tax slab, which the panel has proposed, concerns those earning between Rs. 20 lakh and Rs. 2 crore. The panel suggested that they should be taxed 30%, as they are currently charged.

However, those earning more than Rs. 2 crore should be taxed 35%.

If the suggestions are accepted, those earning Rs. 2 crore will save more than Rs. 8.5 lakh.

CA said the suggestions have something for every taxpayer

"The recommendations have something for every taxpayer. But, exact benefits can be calculated after one is clear whether the panel proposed to remove cess and surcharge or not," a CA told HT. Separately, another source said the report is yet to be evaluated by the government.

The proposed changes could give boost to slumping economy

Even if there is a small reduction in personal tax, it will put more money in people's pockets, he added.

"I guess it will push aggregate demand. This will push up production and can act as the much-needed boost for the economy," Kumar went on.

#FinancialBytes: Everything about income tax slabs and rates for individuals

#Budget2019: What are the income-tax changes proposed in Interim Budget?