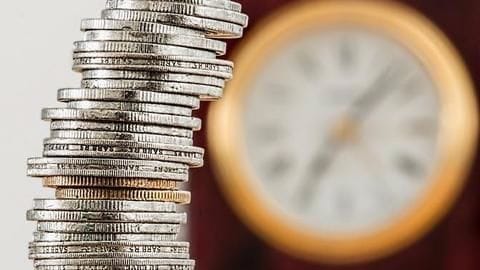 It is no secret that the IT sector depends largely on foreign contracts for its sustenance and Trump's "Hire American" agenda has now brought the IT sector to its knees.

The National Association of Software and Services Companies (NASSCOM) has now upped its expenditure on lobbying to remedy the H-1B visa policy measures that are wrecking havoc on its constituents.

Around 1 crore has been spent in Q1FY17 According to the compulsory filing of lobbying disclosure reports, NASSCOM has spent $1,50,000 or roughly Rs. 1 crore in the first quarter of 2017 to two lobbyist groups in order to get its plea across to the US government.

This is a marked increase from the $1,10,000 that it had spent on lobbying in the previous quarter. Lobbyists are people or groups, who for a certain amount of fee, influence government agencies to take decisions or make certain policies in favor of their employers.

Trying to get a positive feedback NASSCOM had taken a delegation earlier to Trump-administration to initiate negotiation on issues such as, work visas and flow of skilled labor. NASSCOM had earlier refuted allegations of White house aide that IT firms, such as Infosys and TCS, had got a lion's share of H-1B visas by unfair means.

Almost 40% of the IT employees need re-skilling According to NASSCOM, almost 40% of the four-million-workforce in the Indian IT sector needs re-skilling, if the sector wants to be in tandem with global practices and intense automation.

NASSCOM also remarked that "Reports of mass layoffs by IT companies in India are incorrect. In fact, the industry continues to be a net hirer with talent acquisition continuing across sectors... "

Is it getting difficult for H-1B holders to switch jobs

USCIS has received 'sufficient number of applications' for H-1B visa