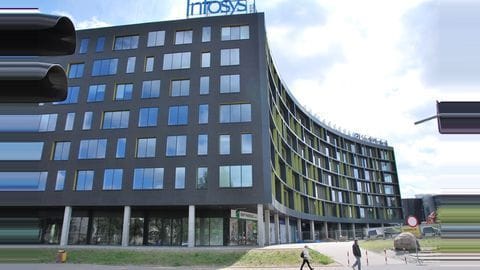 Erin Green, a former Head of Immigration at Infosys in the United States, filed a lawsuit, accusing the IT major of "racial discrimination" against non-South Asian employees.

Demanding a trial by jury, Green filed the lawsuit in a US District Court in the Eastern District of Texas. According to Erin Green's counsel Kilgore and Kilgore, PLLC, plaintiff was terminated due to "defendant's (Infosys) obsessional preference" for employees of South Asian race and national origin, usually Indian.

It said the termination was retaliation for reporting the officials' "discriminatory treatment" of himself and others.

It claimed the termination also violates the company's policy requiring progressive warnings or placement on performance improvement before termination.

"Plaintiff received no such warnings, and had no discussions with employee relations regarding any of the conduct related to the stated reason for his termination prior to his termination. Plaintiff had no disciplinary entries on his official work record during his four-and-a-half-year tenure." The 53-page lawsuit mentions Infosys employed Erin Green during Oct'11-Jun'16 and his experience there demonstrates the "discriminatory nature of Infosys's employment practices."

However, the company stated, "Infosys does not comment on ongoing litigation."

This comes after the IT giant announced it will hire 10,000 Americans in the next two years and open four centers in US to woo President Trump's administration.

Lawsuit will not have bearings on hiring Americans: Mohandas Pai Infosys Co-founder Mohandas Pai stated the lawsuit against the company will not have any bearings on its intent to employ 10,000 Americans.

He said it wouldn't impact recruitment as it is already very difficult to hire 10,000 employees in two years.

He added: "It's a tall target, and one quarter is nearly over. These are statements that one can make to please politicians."

Trump-administration critical of IT companies for snatching jobs from Americans He added Trump administration "could file legal suites" against IT firms, including Infosys, for misusing H-1B work visa program.

Pai stated as Infosys isn't an American firm, it's very easy to level discrimination charges and nobody wants to go for trial.