GST Rollout: 10% duty to be levied on imported smartphones 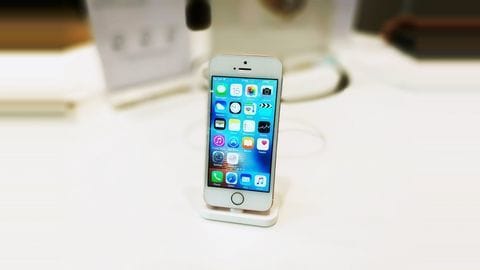 Under the new GST regime which will kick in from 1st July, the government announced that it would slap a customs duty of at least 10% on imported smartphones.

The actual duty amount will be determined in the course of this week.

Other announcements pertaining to GST rollout were also made by the Finance Ministry.

The rationale behind the move The move was made to protect domestic manufacturers from cheaply-priced imports which can have adverse effects on the domestic economy.

It was also made to discourage imports and prompt smartphone manufacturers to set up manufacturing units in India as per the government's ambitious "Make in India" programme for electronics and manufacturing.

Smartphone prices, however, are unlikely to go up.

"The import duty will be at least 10%, and this is being done to ensure that manufacturing in India remains lucrative vis-à-vis importing the devices from China, or elsewhere," said an official source. The government had taken measures to stimulate interest in setting up manufacturing units in India and protect domestic manufacturers from smartphone imports about two years back.

Currently, a 12.5% countervailing duty is levied on fully-made smartphones imported into India.

Similar duties are also charged for headsets, chargers, and batteries of mobile phones.

What are countervailing duties? It had earlier planned to get e-commerce companies to collect taxes from vendors, a plan which has now been deferred.

It also did away with the need for government departments to deduct taxes from suppliers while paying GST.

"The government's move to offer additional time for GSTN implementation will come as a relief to online sellers and consumers alike. We have undertaken several measures to ensure complete GSTN-compliance, and this added time will help us further...," said Paytm Mall COO Amit Sinha.