#NewYearsEve: More than 500 charged in drink-and-drive cases in Delhi 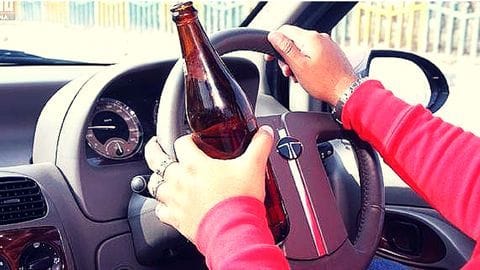 Over 500 drunken revelers, most of them youngsters were penalized by the Delhi Police on New Year's Eve, officials said today.

Around 15,000 police personnel were deployed across the national capital to ensure celebrations go off smoothly on New Year's Eve, with special traffic arrangements made to regulate the movement of revelers, police said.

A total of 509 challans were issued for these cases.

Police had warned that any incident of hooliganism and drunk driving would be dealt with strictly. Vehicular movement to the city's famous commercial hubs was restricted from 8pm. Moreover, exit of passengers from Rajiv Chowk Metro station was also not permitted from 9:00pm.