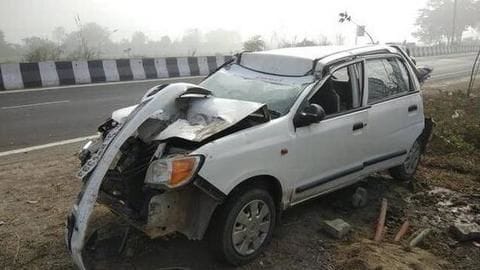 Several people were injured yesterday in a pile-up of 25 vehicles due to dense fog on the Kanjhawala-Bawana road of outer Delhi, police said.

A woman traveling in a car received serious injuries while several others suffered minor injuries, they said.

Police said they were informed at 7.30 am about an accident on the Kanjhawala-Bawana road near Nangal Thakuran village.

Injured taken to nearby hospital, discharged after first-aid The incident took place when a car travelling on the road caught fire, and stopped in the middle of the road.

The occupants escaped, abandoning the car.

But due to fog, a car hit the abandoned four-wheeler leading to a pile-up, which included a DTC bus and a car.

The injured were taken to a nearby hospital and discharged after first aid, police said.