Good, bad, ugly - all this happened in Delhi today 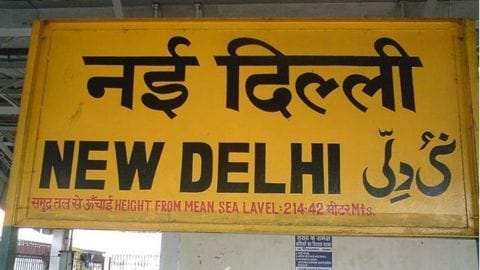 Delhi has finally been cleared of smog which had engulfed the city for almost a month.

Visibility in the city too improved as recorded at IGI and Safdarjung airports.

In other news, a three-year-old girl was raped and strangulated with an intention to kill, before being left in a drain in Sarai Rohilla.

To read what else kept Delhi occupied, tap in. A fire broke out in Delhi's Sadar bazar at 7am on Wednesday.

An export company's godown caught fire which later spread to adjoining areas too.

21 fire tenders were rushed to the spot to douse the fire and no casualty was reported at the time.

Investigations are underway to ascertain the cause of fire. For the first time, a leopard was captured on camera in Delhi's Yamuna Biodiversity park.

Park officials see it as a good sign and believe that the leopard may have become a 'resident' as its pug marks have been observed frequently.

The sighting also shows that the habitat may have become conducive to leopards as the ecosystem is now fully functional at the park. Annual Tibetan market in Gurugram has witnessed the worst footfall this year due to demonetization.

The market is deserted as most people are queuing up outside banks and some are saving cash for necessities.

Shopkeepers are turning away people with old notes.

Tibetan market is popular for its traditional winter wear from Nepal and Tibet.

Delhi shamed again with rape of a minor A three-year-old was brutally raped, thrashed and then dumped in a drain by a scrap dealer.

The accused who lived in the same house took the girl to a secluded place and strangled her after raping her.

Police nabbed the accused when the six-year-old sister of the victim kept muttering the accused's name.

Girl was recovered after accused led the police to the spot. IAS topper 2015, Tina Dabi from Delhi will soon tie the knot with Athar Aamir-ul-Shafi Khan, who secured a second rank in the same examination.

Tina, who is undergoing her training in Mussorie said that no date has been set for wedding but engagement would happen soon.

Cupid struck when the two met for the first time at a felicitation function in North Block. Court rejected rape charges of a woman and acquitted the man after finding inconsistencies in the woman's testimony.

The woman, who married the man in a temple, accused him of forcing her into a sexual-relationship and terminating her pregnancy.

Court noted that while the man introduced her as 'wife' to his parents, the woman hid her marital status owing to the husband's 'lower' caste. Delhiites can breathe a sigh of relief as the city has now been cleared of its worst smog.

No smog was reported either at the IGI airport or the Safdarjung airport, after almost a month.

Visibility at both the airports improved to 3500-4000m after strong northwesterly winds picked up on Tuesday.

The Met-department has predicted clear skies ahead as winds are likely to continue. In the highest seizure of demonetized notes, three men were held with Rs.3.6 crore cash at Kashmere Gate.

The accused confessed that the money was collected illegally from businessmen for converting it into valid money.

Police seized the cash along with the Honda City car in whose boot, the cash was stashed.

Police informed the income tax department which will further probe the case.

Raped since she was 4, woman takes uncle to court