A family, who was attacked by a mob in Gurugram, threatened of mass suicide yesterday, alleging that it was being pressured to withdraw the FIR and police were not taking action under "influence" of local politicians.

A mob of over 40 persons pelted stones at the house of Mhd Akhtar in Bhup Singh Nagar area and beat up members of his family on Holi.

The attack was triggered by a cricket game and was captured on a cellphone by one of the victims. The video soon went viral. The clip showed women of the family pleading for mercy, while a man was being thrashed, police had said.

We have no option but to commit mass suicide: Akhtar 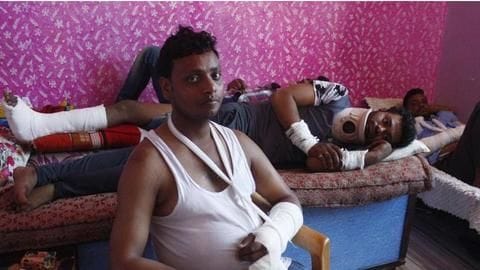 Akhtar said, "The matter is now in public domain as the video of the assault went viral on the Internet. Still, the police have failed to arrest over 35 goons. If the Gurugram Police and the district administration do not help us, we have no option but to commit mass suicide."

The family also submitted a memorandum to the sub-divisional magistrate of Sohna.

Gurugram-police registered FIR against our members to pressurize us: Akhtar 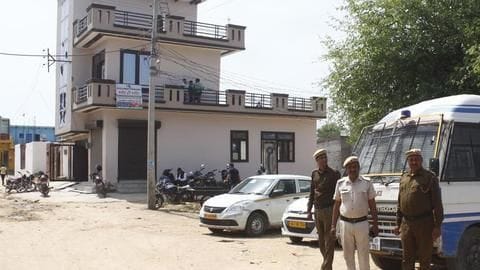 In their memorandum, the family urged speedy investigation in the case and said it would commit mass suicide if justice was not delivered.

"We are the victims of the incident but Gurugram Police has registered an FIR against two men of our family in a bid to pressure us," Akhtar said.

Police, on the other hand, said it was not "favoring anyone."

'We have arrested 13 persons so far, hunt is on'

Over the allegations, deputy commissioner of police (DCP) Himanshu Garg said, "We have so far arrested 13 persons and a hunt is on to arrest the others. There is no point of favoring anyone. Both groups were involved in an altercation."