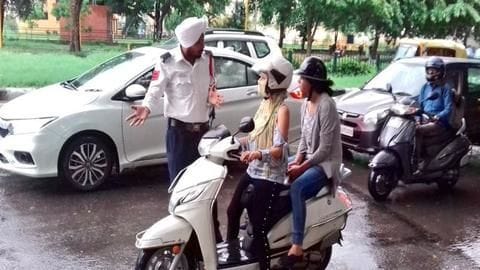 In a bizarre incident, a Delhi woman threatened suicide after traffic police stopped her and imposed a hefty fine for multiple traffic violations.

According to reports, the incident occurred in Delhi's Kashmiri Gate during peak hours on Saturday.

After the woman continued to stir drama and threatened suicide, the cops let her go.

A video of the incident has also gone viral. 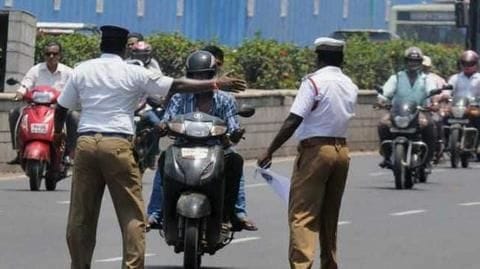 The woman was stopped by Delhi traffic police for driving her scooty with her earphones plugged in and having a damaged number plate.

The woman then said that the cops shouldn't bother a woman and threatened to hit a policeman with her helmet.

Incidentally, the cops then pointed out that the helmet did not have a safety strap and hence amounted to another violation. 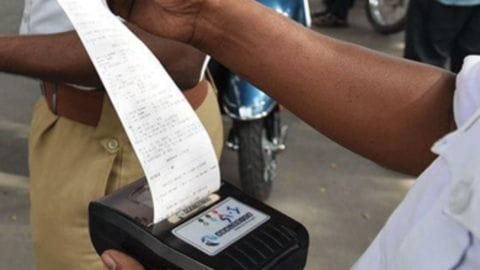 Seeing that the cops weren't letting her go, the woman started her scooty in a bid to escape, as the cops advised her not to do so.

She burst into tears and said she wasn't feeling well. She said she could not afford to pay for the challan and threatened suicide.

Initially, the cops remained unfazed by the suicide threats. However, as the high drama continued for around 15 minutes, the cops left her with a warning. Meanwhile, a crowd had gathered to watch the heated exchange between the woman and the cops. 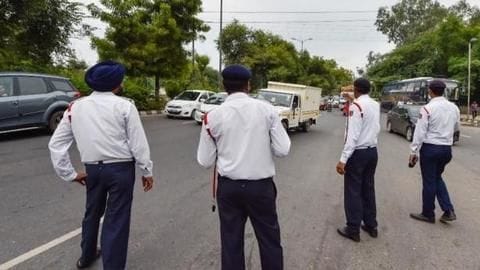 Ever since the amended Motor Vehicles Act sharply hiked fines for traffic violations, hefty challans have become a menace.

Last week in Delhi, a truck driver was slapped with a fine of Rs. 2 lakh for multiple violations near Mukarba Chowk.

The same week, another truck driver had paid a fine of Rs. 1.41 lakh at Rohini court in New Delhi on Monday.

Delhi not planning to dilute penalties as of now

Notably, last week, Union Minister Nitin Gadkari noted that state governments can revise the fines under MV Act, which came into force on September 1. However, Delhi Transport Minister said that the government is not planning to "dilute" the hiked penalties as of now.