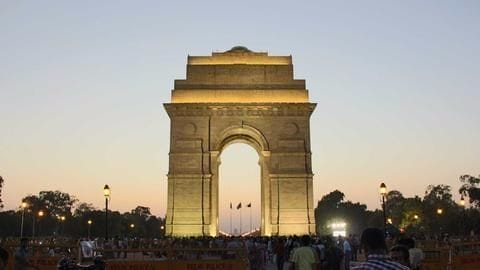 The integrated heliport is the first of its kind of facility in South Asia and is built by state-owned Pawan Hans Ltd.

The heliport includes a terminal building which can hold 150 passengers; four hangars which can park 16 helicopters and 9 parking bays.

Read along for more news from Delhi! A 35-year-old school guard was bludgeoned to death in North Delhi's Sarai Rohilla for trying to stop a youth and his female friend from entering the school premises.

The accused, Rohit, was arrested within four hours of the incident.

According to reports, Rohit and his friend were drunk, and when they were stopped by Kumar (the guard), Rohit smashed a brick into his head. A proposal to impose waste generation charges from users for generating construction and demolition waste was approved by the South Corporation of New Delhi today.

Any user generating over 20 tonnes a day or 300 tonnes per project in a month will pay for the processing, disposing construction and demolition of waste apart from its storage, collection and transportation. The Delhi High Court on Monday said that 'neighbourhoods' cannot be the sole criterion for accepting nursery admission applications.

The government argued that the neighbourhood criterion for admission to pre-primary classes was a part of the Delhi School Education Act, 1973.

However, the bench stated that due to the absence of systematic school mapping in Delhi, the neighbourhood criterion is unadvisable. In a statement, the DMRC said that the decision was taken in order to comply with RBI guidelines.

Passengers will be given a "sunset period" (1st March-31st March) whereby they may take a refund for their smart cards from Metro stations. The firefighters are undergoing treatment for the grave injuries they sustained on their legs and arms.

According to officials, a short circuit triggered the fire.

A call about the incident was received at 4:10 pm on Monday afternoon. Delhi Police on Tuesday said that Gurmehar Kaur, who after campaigning against the ABVP received death and rape threats, has been provided "adequate security."

A First Information Report was filed one day after the Delhi Commission for Women (DCW) wrote to the Police Commissioner about the threats received by Kaur.

The FIR was filed under Sections 354A (sexual harassment) and 506 (criminal intimidation). 35-year-old "builder baba", a self-proclaimed godman was arrested for allegedly cheating a person off a few crores by making false promises of high returns on investments in his Noida housing project.

According to the police, the victim (Narendra Barmecha) alleged that the godman (Sachin Dutta) claimed to own a construction firm.

Barmecha invested crores of rupees and was promised returns in 2014.