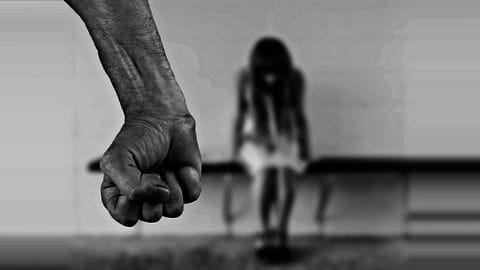 An 8-year-old girl saved herself by outsmarting her neighbour who was trying to rape her.

The neighbour lured her to a jungle and forced himself upon her. Instead of shouting for help, she started shouting neighbours' names who frequented the area. Her cries alerted one of them who caught the accused.

The police have booked him for molestation.

Delhi man stabs wife 30-times over suspicions of an affair Suspecting her wife of infidelity, a man stabbed his wife repeatedly in the face and chest until she fell unconscious. He stabbed her over 30 times and also injured his son who tried to intervene.

The accused was arrested. His wife succumbed to the injuries.

The police have booked him for murder and also seized the knife with which he committed the crime. Abdul Khalid, who was playing cricket with his friends, drowned after he fell inside a pit full of rain water in Mangolpuri.

The pit, reportedly dug by the DDA, had no signages around to keep people away.

Khalid had gone to the pit to wash off a stain but he slipped inside the pit. His friends tried rescuing him but could not find him. Eyewitnesses told police that Sheikh was performing stunts when he lost control and both fell off.

They were rushed to nearest hospital where the rider succumbed to his injuries during treatment.

Sheikh is survived by his parents and three siblings. Centre for Disaster Management, Haryana Institute of Public Administration announced a five-day Flood Safety Week, across Haryana, from June 19 onwards in order to strengthen the capacity of individuals in tackling emergency situations.

The five-day long mass awareness programme will educate people on the dos and don'ts of tackling a flood-like situation through the medium of art like drawing competitions, street plays etc.

NPR project report to be submitted to NHAI this week The detailed project report on the Northern Peripheral Road (NPR) project will be submitted to the National Highways Authority of India (NHAI) this week.

Soon after submission, NHAI will invite tenders for construction. Construction of the last stretch of NPR project/Dwarka Expressway will start in the next couple of months.

Once opened, those coming from Delhi will be able to access the Expressway.