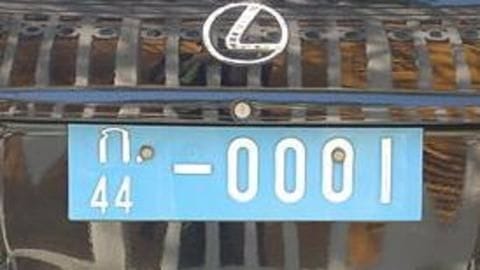 A Delhi-based firm paid Rs. 16 lakh to the transport department for a vanity plate bearing car registration number '0001' in an e-auction last week.

This is the highest amount paid till date. This broke the previous record of Rs. 12.5 lakh, set in September'14.

Keep reading for more news from in and around Delhi. But, it will take six more months before the corridor is commissioned.

The new trains come with high levels of automation and need trials. Initially, trains will be run by train operators, but gradually, driverless operations will be possible. An official said, "It is only a code word for illegal monitor lizard parts."

The forest department has booked the accused under Wildlife Protection Act, 1972.

A Delhi based man was arrested for tricking more than 2000 people into giving him their money and ended up amassing pots of money to the tune of Rs. 20 crore. The police have lodged 10 FIRs against him. They have received over 500 complaints. A German national filed a complaint in Delhi's Paharganj area alleging that she was raped by her Indian husband and assaulted by her father-in-law in Punjab's Gurdaspur.

When the couple were in Delhi to complete immigration formalities, the woman alleged that her husband forced himself on her following which she filed the complaint.

Based on her complaint, the police have registered a case. In a major breakthrough in the MG Road groping case in which two students were harassed and groped, the police arrested taxi driver Ravinder.

According to police, in the CCTV footage it was Ravinder who tried to harass the girls.

An official said, "He has also revealed the name of one of his friends and we are trying to locate him as well."

Girl with polio gifted a scooty for scoring high marks District magistrate Ministhy S gifted a girl, who has a polio-affected leg, a scooter for having scored 80% in her Class XII boards.

DM heeded to her request on the condition that she would be able to handle the vehicle.