Akshay is all for his nation in new 'Gold' poster 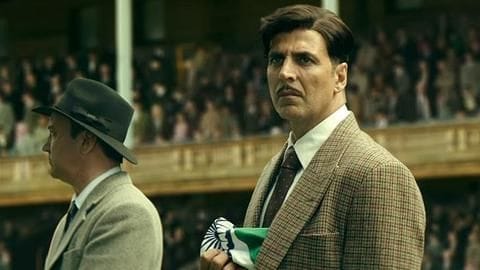 The makers of Akshay Kumar starrer 'Gold' today unveiled a new poster of the sports-drama.

Featuring Akshay holding the Indian flag close to his chest, the poster has resonated with the audience big time.

The poster was released by Farhan Akhtar, who has produced the film along with Ritesh Sidhwani under their banner Excel Entertainment.

Take a look at the poster

All victories begin with a dream.

It fills me with immense joy to present to you the official poster of #Gold, a film that is very close to my heart. pic.twitter.com/xfX84ihQhw 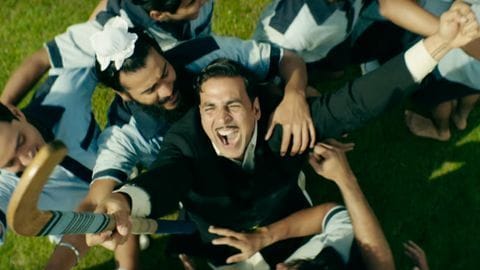 'Gold' revolves around the Indian Hockey team's historic win at the 1948 Olympics.

While speaking to a publication, Reema revealed that Akshay's character is based on the assistant manager of the Indian Hockey squad for the 1936 Olympics, who later became the manager of the 1948 team.

That team had won India its first Olympic gold as a free nation.

The incident that inspired Reema to make 'Gold' Reema further said that 'Gold' also focuses on India's emphatic win over Germany in the 1936 Olympics on their home soil.

During that match, the aforementioned manager, in order to inspire his players, pulled out the Indian National Congress flag in the locker room during half-time even though it was banned in Germany at that time.

'Gold' will be out this Independence Day

Akshay's second release of the year after 'PadMan', 'Gold' is slated to hit the screens on August 15. The film marks the Bollywood debut of TV actor Mouni Roy who will also be seen in Ranbir Kapoor and Alia Bhatt starrer 'Brahmastra'.

Now, invest in 24-karat gold on Google Pay: Here's how