After a picture of Shilpa Shetty coming out of a diagnostic lab with reports in her hand gave way to all sorts of speculations, the actor took to Twitter to clarify about the same.

However, she refuted the rumors saying it was just a preventive health check.

The picture that caused the ruckus

Seriously worried about health of Shilpa Shetty, is she okay? #ShilpaKoKyaHua pic.twitter.com/KVmYUGs5dj 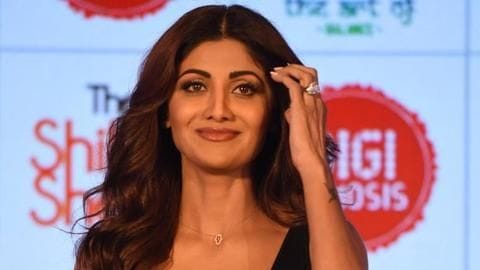 Well aware of the Internet's habit to jump to conclusions, Shilpa seemed pretty amused by the presumptions.

While some users were genuinely worried about her health, others started some baseless rumors.

However, when she thought that the matter is being overly exaggerated, she cleared all the confusion with a single tweet.

Take a look at what she wrote

#ShilpaKoKyaHua KUCH NAHI! Hey Bhagwan 😅I get a preventive health check done at SRL regularly to know that my body is as healthy on the inside as the outside.Something we all must do.What's all the fuss about !! And NO not pregnant🙄 #healthcheck #preventionisbetterthancure

Shilpa is currently spending some quality time with her family

Shilpa is making the most of her time with her businessman husband Raj Kundra and son Viaan who recently turned six. Last month, the happy family went to the Maldives on a vacation and their pictures gave #TravelGoals to the Internet.