#GameOfThrones: HBO asks Trump not to quote show for politics 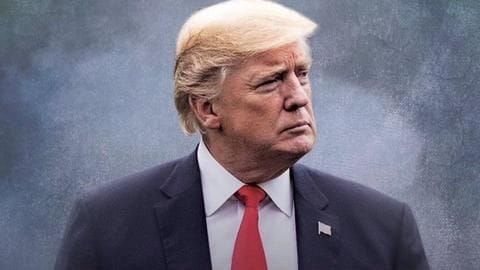 'Game of Thrones', the HBO show, has transcended into a global cultural phenomenon. As a result, it is often quoted for relatable pop-culture references.

However, this forces the channel to be careful about the show's image and what kind of messages are conveyed quoting show lines.

This Friday when US President, Donald Trump, quoted GoT on Twitter, the channel wasn't amused.

An unwanted game of tweets On Friday, November 2, Trump posted from his official Twitter account, a message for his followers which go beyond 55 million.

The message read 'Sanctions are Coming, November 5' and referred to the famous GoT line 'Winter is Coming'. The image incorporated the show's title font.

Trump's message was a warning to Iran about reimposing US sanctions which were lifted under 2015's nuclear deal.

The long night comes with it

The quote 'Winter is Coming' is often repeated by the Starks on the show and it refers to the battle between the living and the dead that will be fought in the show's final season which releases in the first half of 2019.

A little about the US sanctions For those unaware, Trump's administration informed that the sanctions imposed on Iran's banking and shipping sectors, shipbuilding, and energy would go into effect on Monday, November 5.

This move follows Trump's withdrawal from US participation in the nuclear deal and serves to undo another of his predecessor, Barack Obama's, foreign policies.

Trump celebrated this news through his tweet, which HBO quickly reacted to. HBO was quick to stand their ground and express their stance against Trump misusing the show lines to push a political decision.

They stated, "We were not aware of this messaging and would prefer our trademark not be misappropriated for political purposes".

They also jokingly tweeted from their official account asking how to say trademark misuse in Dothraki, the show's fictional language.

How do you say trademark misuse in Dothraki?

How did the other 'Game of Thrones' cast react? 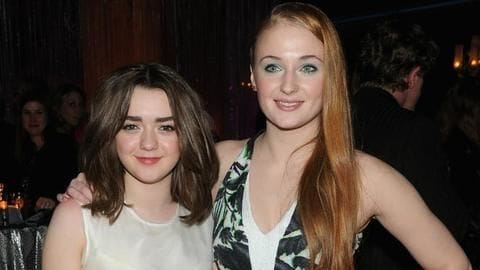 Not only did HBO quickly distance themselves and the show, but other cast members also stood their ground expressing a general disapproval of Trump's blatant misappropriation.

Maisie Williams who plays Arya Stark on the show quoted the strong response she learned to give to the god of death, 'Not today'.

A long drawn game of quotes 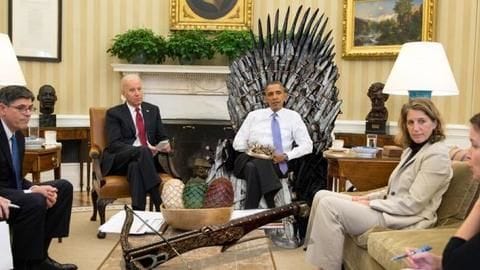 'Game of Thrones' politics must seem fascinating to politicians, which is why Marco Rubio used the show's font to announce his 2015 bid for the White House.

Obama too was a vocal fan of GoT. Notably, DB Weiss and David Benioff, the show makers, had sent him, season 6 screeners in 2016.

Their distancing from Trump arises from the difference in political ideology.

How the US-Iran conflict began: A brief history