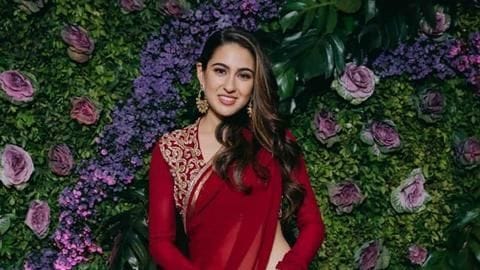 Post the success of her debut movie Kedarnath, newcomer Sara Ali Khan has become the new favorite of Bollywood directors.

After her two big releases in one month - Kedarnath and Simmba, there were many speculations about Sara's next project.

It was reported that she was roped in for Tiger Shroff-starrer Baaghi 3. However, Sara has rubbished the reports.

Here's what she said. 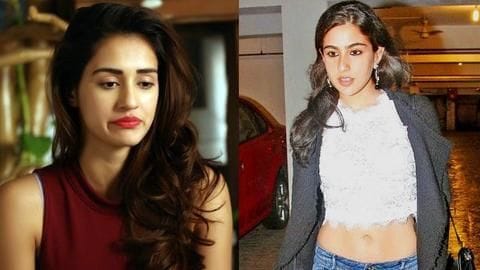 Tiger Shroff-starrer Baaghi franchise has been a hit among the audience. And while the third installment is said to be in talks, makers are, reportedly, looking for a new female lead just like the previous installments.

Notably, Baaghi featured Shraddha Kapoor who was replaced by Disha Patani in Baaghi 2.

Now the reports suggested that Disha would be replaced by Sara in Baaghi 3.

Sara denies being a part of 'Baaghi 3' But contrary to reports, Sara has denied being a part of Baaghi 3.

During the ongoing promotions of her next release Simmba, she cleared the air about Baaghi 3 and called the reports as mere rumors.

"No, those rumors are not true," Sara was quoted as saying.

Looks like we will see Tiger-Disha's sizzling chemistry once again in Baaghi 3. Sara, who is basking in the success of Kedarnath, is now gearing up for her second release - Simmba.

Helmed by Rohit Shetty, the movie also features Ranveer Singh and will release on December 28.

Notably, Simmba's trailer got rave reviews from the audience and is expected to be a big hit.

Only time will tell if Rohit's magic can do wonders for Sara!

When is 'Simmba' releasing?

Simmba, starring Ranveer Singh and Sara Ali Khan in the lead, will be releasing on December 28. Helmed by Rohit Shetty, the movie will be the last release of the year.

Which is Sara Ali Khan's next movie?

After Kedarnath, Sara Ali Khan will be next seen in Ranveer Singh-starrer Simmba. While there have been speculations about her third project, Sara hasn't made any official announcement about her next movie.

Is Sara Ali Khan doing a movie with Tiger Shroff?

It was reported that Sara Ali Khan has been roped in for Baaghi 3 opposite Tiger Shroff. The reports claimed that she will be replacing Disha Patani in the movie. But Sara has rubbished the reports and cleared that she isn't a part of Baaghi 3.

Who is the female lead of 'Baaghi 3'?

There have been speculations about Sara Ali Khan being the new female lead of Tiger Shroff-starrer Baaghi 3. But post her denial, it is reported that the movie will feature Baaghi 2 actress Disha Patani in the lead opposite Tiger. However, no official announcement has been made in this regard so far.

Sara's throwback picture proves how rigorous her weight-loss regime was