Do not try the #BirdBoxChallenge, Netflix warns 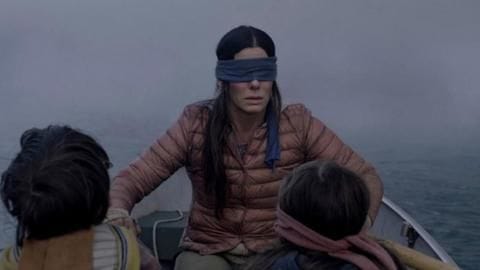 Although this writer did not find the movie much too appealing, Bullock's performance carried it through.

Regardless of my opinion, however, the movie has become immensely viewed on Netflix.

As with most popular things on the internet, they often have dangerous consequences and the film-inspired #BirdBoxChallenge seems to be one.

Blindfolds in 'Bird Box' have become an internet phenomenon The story of Bird Box follows Bullock's character and her two children as they take a boat in search for a community where they will be safe.

They attempt to outrun an evil entity, which causes anyone who sees it, to kill themselves.

In their endeavor to be safe from the entity, they wear blindfolds at all times, making it a major movie prop. 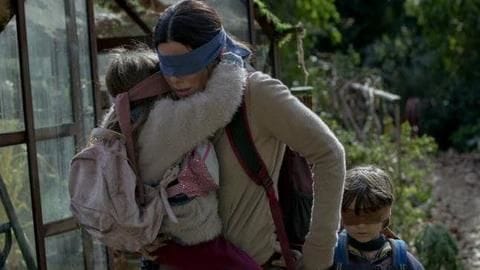 Since blindfolds in Bird Box became an internet phenomenon, it inspired the #BirdBoxChallenge.

Here people blindfold themselves and try to perform daily tasks, to see if they would survive as seen in the movie.

Videos posted online show disastrous and potentially dangerous results, as one blindfolded individual ran into a wall, while another tried to drive his car blindfolded, saying 'Jesus take the wheel'.

Y'all doing this #Birdbox Challenge? pic.twitter.com/Yjx86Ex55f

A danger to himself and everyone else on the road

Despite potential danger, even 'Good Morning America' does the #BirdBoxChallenge 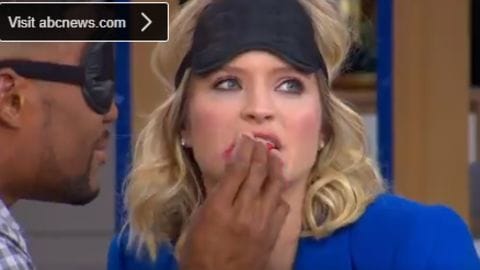 Despite the potential dangers of the challenge, it has taken the internet by storm and even popular television shows like Good Morning America are doing the #BirdBoxChallenge.

They tweeted a video where the show host tries to apply lipstick on the co-host blindfolded.

Do not end up in hospital due to memes: Netflix 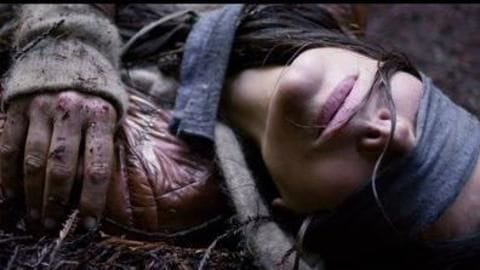 The challenge has become so popular that Netflix decided to step in, and warn viewers to avoid fatal accidents.

They tweeted they could not believe having to say this and did not know how the challenge started but urged fans not to hurt themselves with the challenge.

Though they appreciated the love, they wished fans did not end up in hospitals due to memes.

Can’t believe I have to say this, but: PLEASE DO NOT HURT YOURSELVES WITH THIS BIRD BOX CHALLENGE. We don’t know how this started, and we appreciate the love, but Boy and Girl have just one wish for 2019 and it is that you not end up in the hospital due to memes.

Why is the movie called 'Bird Box'?

The film is called Bird Box because Bullock's character carries a bird of boxes which start chirping when the evil entity is close, and they can put on the blindfolds to prevent looking at it.

Why does Netflix's tweet mention Boy and Girl? Who are they?

Boy and Girl are the names of Bullock's character's children in the movie.

What are the dangers of the #BirdBoxChallenge?

The challenge requires you to be blindfolded and do regular activities. Since sight is one of our primary senses, suddenly being deprived of it can cause injuries while performing those tasks. For example imagine doing the challenge while chopping vegetables, you could end up cutting your fingers.

Where can I watch 'Bird Box'?

It is a Netflix movie so you need to have a subscription to watch the film on their streaming platform.

Considering a pet bird? Here are things to know beforehand