As Game of Thrones heads into the final season this year, fans of the globally renowned show are eager to see who finally sits on the Iron Throne.

Ahead of its April release, HBO has given us a glimpse of an important meeting between GoT's two major characters, in a video offering viewers a first look at several anticipated shows of 2019.

Stories converge in the final season of 'Game of Thrones' 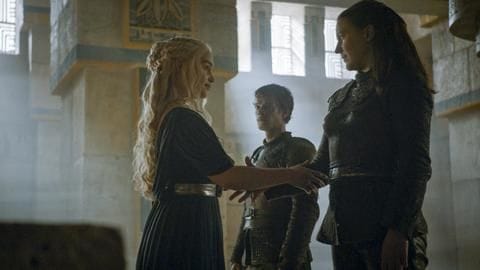 As GoT ends, makers David Benioff and DB Weiss have to combine storylines of several families that were established based on George RR Martin's book A Song of Ice and Fire.

Facing the White Walker invasion, makers stated that several characters who had never met before would interact.

The Starks give Winterfell to Daenerys Targaryen 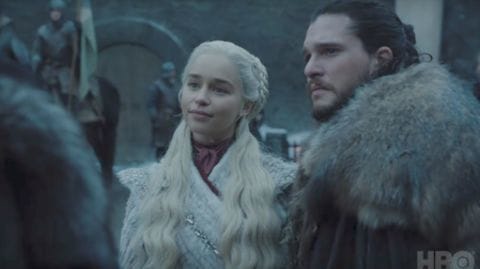 The teaser shows Jon Snow bringing Daenerys Targaryen to Winterfell, which was left in charge of Sansa Stark.

As the two meet, Sansa courteously tells the Mother of Dragons, "Winterfell is yours, Your Grace".

Notably, their meeting is the latest in a list of convergent storylines like Samwell Tarly meeting Ser Jorah Mormont, or Daenerys along with Tyrion Lannister joining forces with Theon Greyjoy.

Why Game of Thrones needs to converge their storylines? 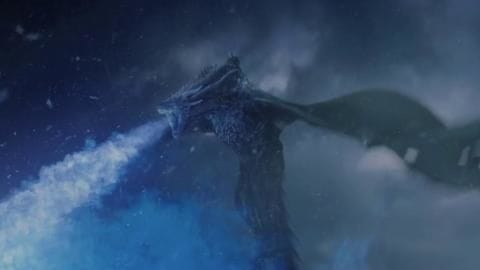 Any TV show always needs to tie up storylines towards the end for technical reasons, but for Game of Thrones, it becomes especially important.

This is because the families of Westeros must provide a united front against the invasion led by the Night King and his White Walker army, who was last seen breaking through the wall in the Season 7 finale.

Winterfell might see big battle between ice and fire For those unaware, Season 7 showed White Walkers at Eastwatch by the sea, the northeasternmost corner of Westeros.

If they continue their murderous invasion, their next logical step would be Winterfell.

Since we see Jon Snow (now revealed as Targaryen) already there with Daenerys and her army, along with the remaining Starks, and dragons, Winterfell could witness a fierce clash between the two powers.

Do the Lannistes join the fight?

We do not know yet. Jaime was shown riding North but Cersei was unwilling to fight. We have to see if she sends her army to war.

How will soldiers defeat the White Walkers?

With dragonglass or obsidian which lies beneath Dragonstone and Jon Snow obtained permission from Daenerys to mine the mountain for the same. Valyrian steel and fire too can be used to fight Walkers.

Considering they are uncle and aunt, it is unlikely. However, the Targaryens have married in-family before, so who knows.

That might certainly be interesting, making a Targaryen a King in the North, while Daenerys sits on the throne and could certainly be a good ending to the book.

Indians are biggest fans of 'GoT' in Asia, study reveals