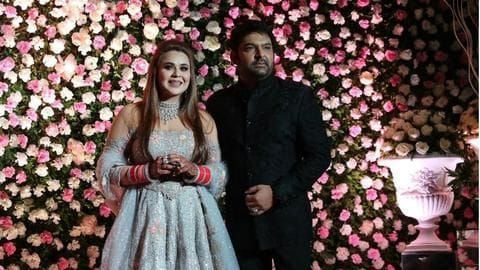 Kapil Sharma and Ginni Chatrath are happily married for over a month now. But the couple is in no mood to stop their wedding celebrations.

Kapil-Ginni, who got married in a grand ceremony on December 12, will be hosting their third wedding reception now.

According to media reports, the reception is going to be a grand affair just like their previous two receptions.

Third reception to be held in 'Dil waalon ka shehar' 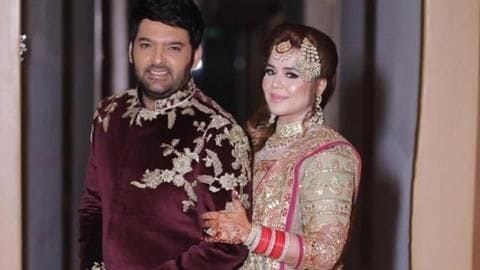 Reportedly, Kapil and Ginni's third wedding reception will be held in the national capital.

Although the date hasn't been revealed, the reception is likely to be hosted in February.

Media reports suggest that the couple is hosting this wedding reception for Kapil's political and bureaucrat friends in Delhi.

The event is also likely to see Kapil and Ginni's family and close friends in attendance. 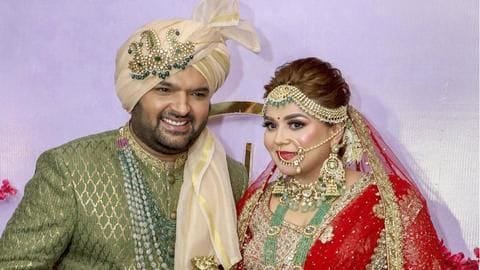 To recall, Kapil and Ginni's wedding ceremonies were a lavish affair.

The couple got married twice in Jalandhar, according to Hindu and Sikh traditions.

Their wedding was followed by a grand reception in Amritsar on December 14.

They also hosted a star-studded reception in Mumbai on December 24, which was attended by Bollywood's who's who including Ranveer Singh-Deepika Padukone, Mika Singh etc. 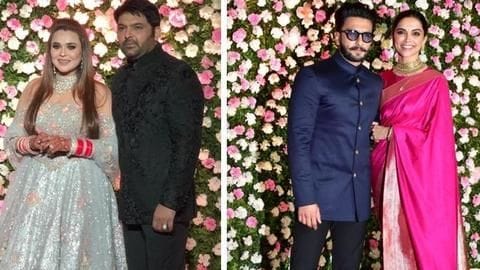 The showbiz industry is witnessing a new trend, that of hosting multiple wedding receptions.

The trend was initiated by Bollywood's IT couple Ranveer Singh and Deepika Padukone, who got married on November 14 and 15 and hosted three wedding receptions in Delhi and Mumbai.

In fact, their wedding celebrations lasted for a month.

So, are Kapil and Ginni following Ranveer-Deepika's footsteps? On the work front, Kapil has made a comeback with The Kapil Sharma Show, which has turned out to be a big hit and is ruling the TRP charts.

TKSS marks Kapil's stupendous return, and has proved that the comedian-performer is here to stay and rule the charts.

When is Kapil Sharma hosting his third reception?

Kapil Sharma and Ginni Chatrath will be hosting their third wedding reception in February, It reported that the reception will be held in Delhi.

When did Kapil Sharma get married?

Kapil Sharma married Ginni Chatrah in a lavish ceremony on December 12. Their wedding was organized in Ginni's hometown Jalandhar which was followed by a grand reception in Amritsar on December 14.

Who is Kapil Sharma's wife?

Kapil Sharma married his longtime girlfriend Ginni Chatrath on December 12. The two were dating each other for a while now. In fact, Ginni also stood by Kapil's side when the comedian hit a low in his professional life.

Who are the guest of Kapil Sharma's reception?

According to the media reports, Kapil Sharma will be hosting the third wedding reception for his politician and bureaucrat friends. Besides, Kapil and Ginni's family and close friends will also be in attendance.

Kapil Sharma revealed how a fan gatecrashed his wedding