But, what was Ishita's secret that helped her win the show? She reveals. 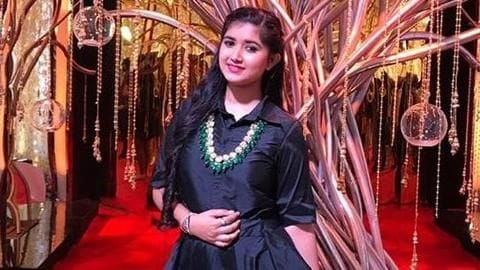 It was indeed a dream come true for Ishita. However, she admitted that she wasn't expecting to win.

Isha had her final face-off with Sahil Solanki who is a trained playback singer.

"I had lost every hope. I was feeling 100 percent that Sahil would be the winner. As soon as my name was announced, I thought it was a joke," Ishita quipped.

Hardwork and consistency is the key to success Recalling her stint on the show, Ishita said that it is her hard work and consistency which helped her win the title.

"I came to the show only with my raw music. My talent has been shaped and polished on the show. I've learned so much, and the growth was visible in my journey. I guess that's what made me the winner," she added.

Ishita dedicates her trophy to mom 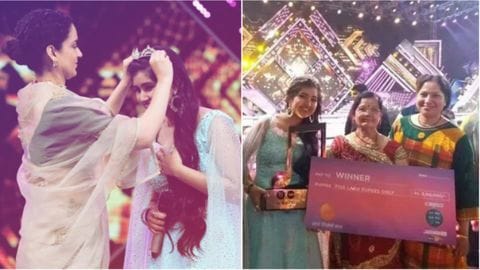 Interestingly, Ishita faced competition from her own mother on the show. However, her mother couldn't make it after top 30.

Meanwhile, Ishita dedicated this victory to her mother and said that she was the reason behind her success.

"If it wasn't for her, I wouldn't have been here. My mother gave me wings and I learned to fly on this platform." Ishita told IE.

Ishita thanked fans for their support Expressing her gratitude, Ishita also thanked her fans for supporting her. She credited her success to her mentor Shekhar Ravjiani.

"I would like to give credit to my God because they gave me the strength to move ahead in my journey. I'd also thank my parents for supporting me throughout. This show has taught me a lot, especially my mentor Shekhar sir," Ishita asserted.

Ishita dreams to be a playback singer Obviously, Ishita is enjoying her new found success. She dreams to be a playback singer in the future.

In fact, she hopes to make her singing debut soon.

"I've dreamt of being a playback singer. I have already been given opportunities by the greatest name in the industry because of this show. I hope I manage to make my debut soon," she concluded.

Who is Ishita Vishwakarma?

Sa Re Ga Ma Pa 2018 witnessed a close fight between Ishita Vishwakarma and Sahil Solanki. However, it was Ishita who bagged the winner's trophy.

The winner of Sa Re Ga Ma Pa 2018, Ishita Vishwakarma, took home the winner's trophy along with a cash prize of Rs. 5 lakhs and a brand new car.

What is the reason behind Ishita's success in Sa Re Ga Ma Pa 2018?

Justice Bobde will take oath as next CJI in November