24th February will mark the first death anniversary of late actress Sridevi and to commemorate this occasion, Boney Kapoor decided to put one of her beloved sarees for auction.

Reportedly, the Kapoors will be donating the proceedings to a charitable organization.

Sridevi's Kota saree's auction was hosted by Parisera and while the starting bid was Rs. 40,000, it reached Rs. 1.3 lakh.

Kota sarees were a constant reminder of Sridevi's roots 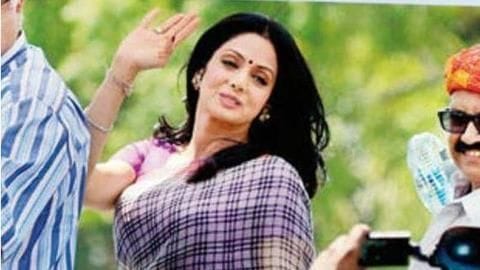 Describing the six-yard Indian wear, the official website of Parisera mentioned, "Sridevi's styles have evolved since her early days in the film industry. But, the six yards has been a constant reminder of her roots."

The description added that Sridevi, a South-Indian, wore sarees as a "badge of her identity and has always infused a sense of unique charisma into its pleats."

Sridevi had a special love for Kota sarees

Parisera invites you to participate in the auction of Actress Sridevi's handwoven Kota sari. Mr Boney Kapoor has chosen the 27-Year old Non-Profit organization Concern India Foundation to receive the proceeds from the auction. https://t.co/WMI13FGsQy pic.twitter.com/WbLrOHEeT8 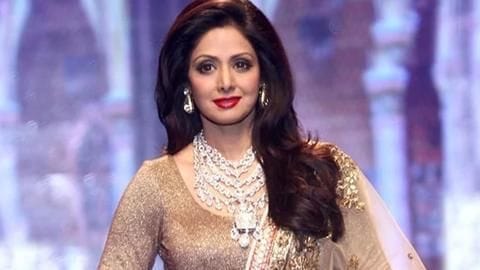 For the uninitiated, Sridevi's untimely demise last year came as a grave shock for the entire nation.

It was reported that she died of accidental drowning in a bathtub of a Dubai hotel.

She went there to attend her nephew Mohit Marwah's wedding.

The reports also suggested that she was getting ready for dinner with Boney Kapoor before the incident.

On Sridevi's first death anniversary, Boney observed pooja for her 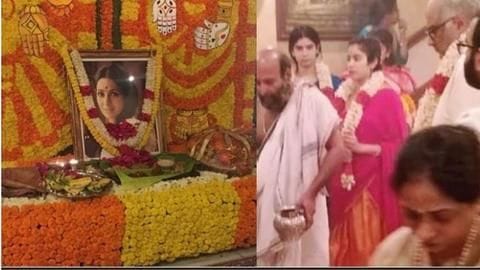 According to the traditional calendar, February 14 was Sridevi's death anniversary.

The pooja was performed as per the South Indian traditions and was attended by Boney, daughters Khushi and Janhvi, Anil and Sunita Kapoor along with Sridevi's relatives in Chennai.