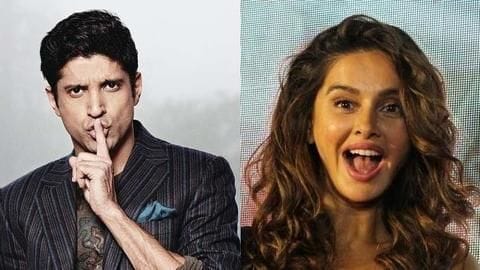 Farhan Akhtar and Shibani Dandekar have been dating for over a year now.

The couple, who kept their relationship under wraps for long, has now thrown caution to the wind.

Farhan not only made his relationship with Shibani official lately, but is also planning to take the plunge next month.

Here's what he said.

Farhan is now comfortable talking about his relationship with Shibani Rumors of the two being in a relationship have been rife for long.

Their Instagram posts also spoke volumes about their mushy romance.

However, the couple remained silent throughout until recently, when they admitted to being in a relationship and sealed their '365 days of togetherness' with an adorable picture.

Moreover, Farhan stated that he is comfortable talking about his relationship now.

Farhan and Shibani's picture speaks louder than they ever did

"In April, we may", Farhan addresses his wedding rumors 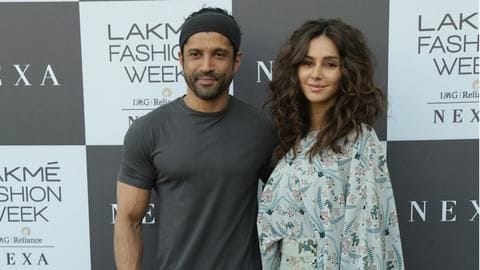 Now, after the couple made their relationship official, speculations about them tying the knot have cropped up.

The Rock On actor finally addressed the rumors, and dropped hints about his upcoming wedding.

During his recent appearance on Tapecast season 2, Farhan stated that he might take the plunge next month.

"In April, we may", the actor quipped about his wedding rumors.

Shibani had also dropped hints about her wedding with Farhan 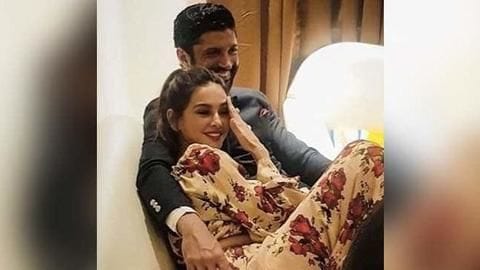 Notably, Shibani too had dropped major hints about her summer wedding with Farhan recently.

It so happened that she had shared a sizzling picture of herself from "baby goose" aka sister Apeksha Dandekar's wedding in February this year.

To this, singer-turned-anchor, Meiyang Chang had quizzed Shibani about her wedding plans, and the Jhalak Dikhhla Jaa participant replied saying, "Apparently this summer".

Farhan's daughters 'have warmed up to Shibani,' approve marriage plans 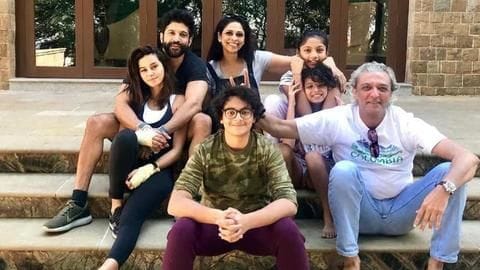 Meanwhile, Farhan's daughter Shakya and Akira have reportedly given their nod to this much-talked-about wedding.

In fact, both of them are quite fond of Shibani and share a good bond with her.

"They are extremely serious about each other and Farhan's kids have also warmed up to Shibani. So this looks like the most obvious step for Farhan-Shibani," a source was quoted saying. If indeed Farhan gets married next month, this will be his second marriage.

He was earlier married to the celebrity hairstylist Adhuna Bhabani for 17 years.

While they were considered to be one of the perfect couples in B-town, Farhan-Adhuna parted ways in 2017, due to irreconcilable differences.

The ex-couple also released an official statement calling the divorce 'a matter of growing apart.'

Is Farhan Akhtar getting married to Shibani Dandekar?

Farhan Akhtar and Shibani Dandekar are dating each other for a year now. In fact, it is reported that the couple will be tying the knot in April this year.

How long Farhan Akhtar and Shibani Dandekar are dating?

Farhan Akhtar and Shibani Dandekar are dating each other for a year now. The couple announced their 365 days of togetherness recently on Instagram.

Who is Farhan Akhtar's girlfriend?

Farhan Akhtar is currently dating singer Shibani Dandekar. The lady has also been renowned VJ-turned-actor and was seen in movies like Roy, Shaandaar and Noor.

Farhan Akhtar and Adhuna Bhabani shocked the world when they announced their separation. The couple ended their 17-year marriage. While there have been speculations about what made the couple part ways, Farhan-Adhuna called it a matter of growing apart.

Farhan Akhtar and Shibani Dandekar to get married in 2020?

People call for boycott of Farhan Akhtar's 'Toofan': Here's why