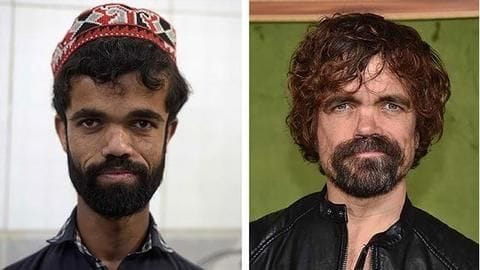 The Internet is an amazing place.

You will get anything and everything here, including doppelgangers.

Recently, a Pakistani waiter, Rozi Khan, rose to fame for having an uncanny resemblance to Tyrion Lannister, an anti-hero from the famous HBO fantasy series, Game of Thrones.

Actor Peter Dinklage is playing the role of Tyrion, a witty and wily nobleman, in the famous series since 2011.

Khan, works at a restaurant, knows nothing about 'GoT' 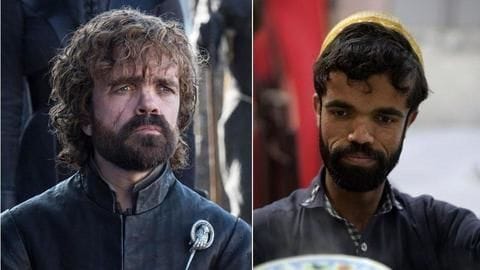 25-year-old Khan works at a Kashmiri restaurant situated in a narrow street of Rawalpindi.

Khan has never heard of Game of Thrones, forget the character, Tyrion Lannister.

He was busy serving mutton and spinach curries, when people came to him for photographs. 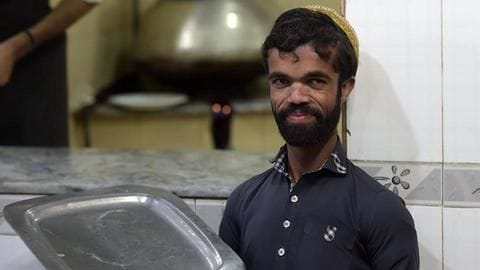 The photographs of the two side by side have now gone viral on the Internet.

Khan now said, "I don't mind. A lot of my pictures have been taken, that's why I have become famous everywhere."

"Wherever I go, someone says to me: 'Sir, who is this man with you on Facebook', 'He looks like you'. I tell them he's my brother," he says.

'When he takes a day off, people look for him' 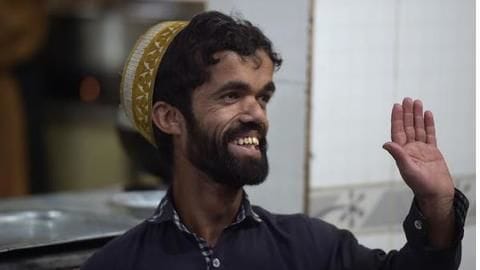 Malik Aslam Parvez, the owner of the eatery where Khan works, says although the place is often filled with people, Khan attracts more crowd as GoT fans get a thrill to see their favorite character in flesh and bones.

"When he takes a day off or gets sick, people look for him and ask where did he go? They get upset," he said. 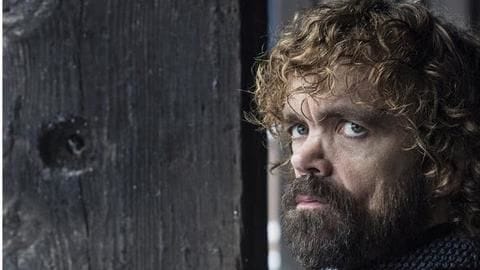 20-year-old Zain Hadri, a Dinklage fan, says, "When I see Khan, I'm happy, I feel that I met with Lannister in real [life]."

49-year-old Dinklage has won three Emmys and a Golden Globe for best supporting actor for GoT.

Game of Thrones has, till now, won 47 Emmy Awards and the final season of the famous TV series will premiere on April 17.

Internet has found lookalikes of several 'GoT' characters earlier too 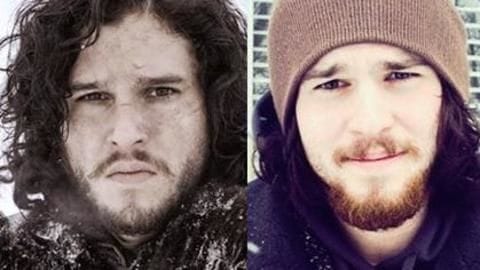 This was not the first time that the Internet has found doppelgangers of the famous characters of the fantasy series.

Back in June 2016, Josiah Martin rose to fame after his Instagram created a storm among GoT fans as he resembled its character, Jon Snow.

Earlier in 2014, Trine Ericzon, 25, from Norway was confused with another GoT character, Margaery Tyrell.

'Game of Thrones': What is the series all about

Game of Thrones is a fantasy series based on George RR Martin's books. It tells the story of noble families and their thirst for control over the Iron Throne, while keeping an eye for the undead army of 'White Walkers'.

'GoT' commits another "blunder" with Jaime Lannister's hand. Fans hyperventilate

'GoT' characters: Understanding Jaime Lannister, the man searching for redemption