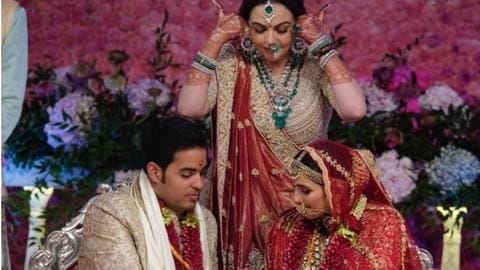 Trust Ambanis to show what grandeur is and they will never disappoint you.

The recent example of their magnificence was the opulent wedding of Akash Ambani with diamond princess Shloka Mehta this March.

And maintaining their pageantry, Nita Ambani stunned everyone after she gave an extravagant wedding gift to her daughter-in-law, Shloka.

Reportedly, the gift was worth Rs. 300 crore. 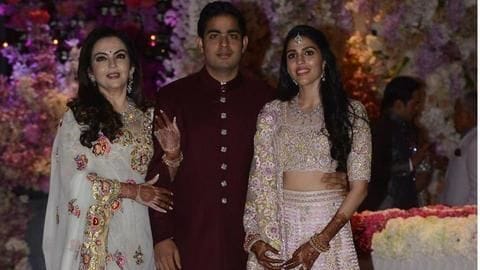 According to media reports, Nita decided to give her eldest daughter-in-law a grand welcome after her wedding.

And to make it more special, she gifted Shloka world's most expensive diamond necklace, L'Incomparable, which is worth Rs. 300cr and is a work of art.

The reports also suggested that Nita initially wanted to give Shloka the heritage gold necklace of their family, but later changed her plans.

Say what! Isha gifted the newlyweds a palatial bungalow 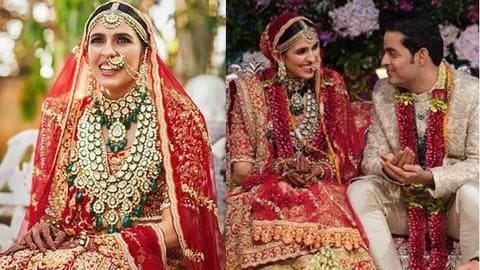 Not just Nita, even Isha Ambani, who got married in December 2018, also gave a luxurious gift to her brother Akash and bhabhi Shloka.

Reportedly, she gave the newlyweds a palatial bungalow as their wedding gift.

Akash and Shloka's wedding took place at the newly constructed Jio World Center in the Bandra Kurla Complex, and was attended by a host of A-listers from Bollywood.

Meanwhile, their wedding was a starry affair

What was Nita Ambani's wedding gift for Shloka Mehta?

What is the price of Nita Ambani's wedding gift for Shloka?

Reportedly, Nita Ambani gifted Shloka Mehta the world's most expensive diamond necklace which is said to be worth Rs. 300 crore.

What was Isha Ambani's wedding gift for Akash-Shloka?

Isha Ambani gifted a palatial bungalow to her brother Akash and sister-in-law Shloka.

When did Akash Ambani-Shloka Mehta get married?

Akash Ambani married Shloka Mehta in an opulent ceremony on March 9, 2019 in Mumbai.