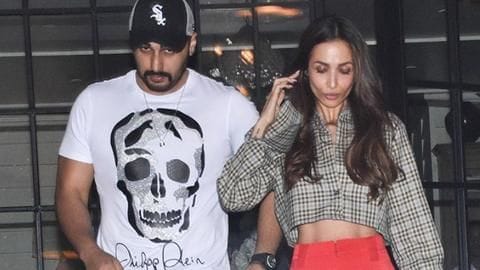 Malaika Arora, who is rumored to be marrying Arjun Kapoor soon, is currently enjoying the best phase of her life.

She was spotted having a gala time in Maldives recently with her girl gang.

Interestingly, with Malaika-Arjun's wedding rumors being rife, it was speculated that the diva was there for her bachelorette party.

And reportedly, Arjun gatecrashed her party.

Reason for speculation: Malaika and Arjun returned together from Maldives

Reports of Arjun accompanying Malaika for her bachelorette party in the Maldives surfaced after the duo was spotted together at the airport. They have returned back now. Meanwhile, Malaika also shared some sizzling pictures from her Maldives trip.

When time stands still, she says, as she enjoys

From hanging out on a boat, to enjoying bicycle rides, late night dinners, exploring the island and of course her favorite pool time, Malaika did make the most of her Maldives trip. In fact, her Instagram posts certainly gave everyone major vacation goals.

Malaika and Arjun to get married on April 19? 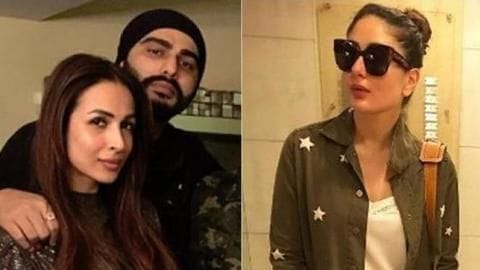 Meanwhile, it has been surmised that Malaika and Arjun will be tying the knot in a church on April 19.

Media reports further stated that their wedding will be an intimate affair with only close friends and family in attendance.

The guest list will include Malaika's close friends Karisma Kapoor and Kareena Kapoor Khan along with Arjun's friend Ranveer Singh.

Mystery over Malaika-Arjun's wedding continues, when will it end? It should be noted that there has been no official confirmation on this front.

Boney Kapoor also dismissed rumors of Arjun's wedding with Malaika. He recently clarified that there's no truth to the reports.

Even, Malaika stated that she will not be having a church wedding this summer.

We wonder if the mystery over Malaika and Arjun's wedding will end any time soon.

Where did Malaika Arora have her bachelor party?

According to the media reports, Malaika Arora had her bachelor party in Maldives with her girl gang. However, Arjun Kapoor, reportedly, gatecrashed the trip to be with his lady love.

When is Arjun-Malaika getting married?

Arjun Kapoor and Malaika Arora are reportedly tying the knot on April 19 this year.

Which celebs are on the guest list for Arjun-Malaika?

Is Malaika Arora-Arjun Kapoor getting married in a church?

No. Malaika Arora revealed that she will not be marrying Arjun Kapoor in a church. She stated that these reports are cooked up by the media.

Arjun Kapoor opens up on marriage plans with girlfriend Malaika

Arjun Kapoor opens up on his wedding plans with Malaika

Here's how Malaika's son reacted to her affair with Arjun