Here's how Parineeti Chopra is preparing for Saina Nehwal biopic 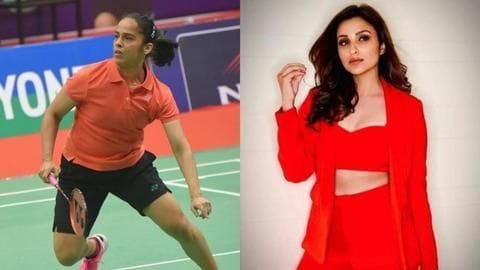 After basking in the success of her last release Kesari, Parineeti Chopra is all geared up for her next movie - a biopic on badminton star Saina Nehwal.

She will be seen essaying the role of Saina onscreen.

The Ishaqzaade actress has begun preparing for it. She also posted a photo of hers sweating it out on the court.

Parineeti practises badminton from 6 am to 8 am

Media reports suggested that Parineeti is undergoing rigorous training in badminton and is playing the sport every alternate day. In fact, she practises from 6 am to 8 am and plans to go to the sets only after she excels in the sport. 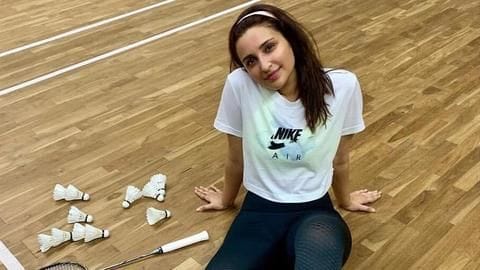 Recently, Parineeti shared a glimpse of her training session in an Instagram post, where she was seen sweating hard on a badminton court.

The actress was seen sitting on the ground of the court, with her racket and shuttlecocks by her side.

Sporting a no make-up look, the 30-year-old was in a white t-shirt and blue lowers.

"Post-training bliss! #Saina," she captioned it.

Parineeti seems quite determined to nail the sport

'Excited to get into the skin of a world champion' 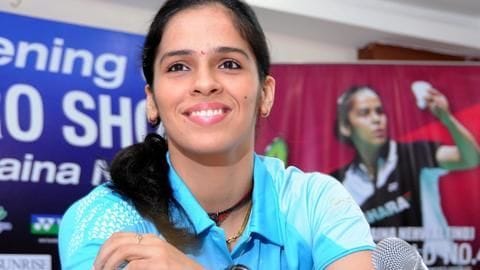 Meanwhile, Parineeti is excited to do a sports biopic and calls it an absolutely perfect project for her.

"I'm actually quite excited to get into the skin of a world champion because playing a fictional character is not as exciting as playing a real character. Here, I've somebody who has extensive documentation on exactly how she plays, who she played every match," she added. 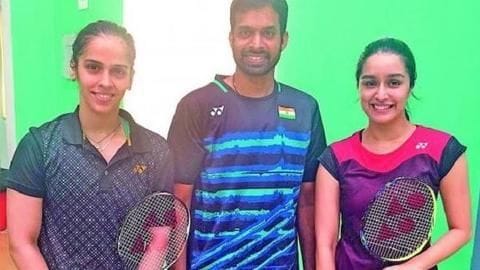 Interestingly, Parineeti was not the first choice for this biopic.

Earlier, Shraddha Kapoor was roped in to play the lead. However, she was soon replaced by Parineeti, as she couldn't match the pace of her character.

"Even after being trained for more than a year, this actress failed to get the nuances of the character right," a source was quoted saying.

The film is slated for early 2020 release: Producer 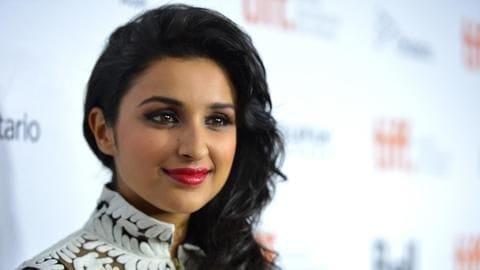 After Parineeti was inducted in the film, its producer Bhushan Kumar said, "We are glad Parineeti has come on board for the film. Saina has made every Indian proud and we can't wait to take her story to the world in the year of the Olympics."

He further said that he wishes to see the film getting released early next year.

How is Parineeti Chopra preparing for Saina Nehwal's biopic?

Parineeti Chopra is undergoing rigorous training for Saina Nehwal's biopic. She is practicing the sport and wants to excel it before hitting the sets.

Shraddha Kapoor left Saina Nehwal biopic owing to her busy schedule. However, the media reports also suggested that Shraddha was finding it hard to fit in the character which made the makers reconsider her.

When will Saina Nehwal biopic release?

According to the media reports, the makers are keen to release Saina Nehwal biopic by early 2020.

Which was Parineeti Chopra's last movie?

Parineeti's 'The Girl On The Train' gets a release date