Pankaj Tripathi is the man of the hour. After impressing the audience with his performance in Stree, Gangs of Wasseypur and Sacred Games, he has now been roped in for Angrezi Medium.

Pankaj is ecstatic about the movie, and revealed that he is doing the movie only for Irrfan.

I said 'yes' because of my love for Irrfan: Pankaj This will be Pankaj's first collaboration with Irrfan and the actor can't stop talking about it.

During his recent interview, Pankaj admitted that he always wanted to work with Irrfan and just couldn't refuse this opportunity.

"It is my love and respect for Irrfan and my friendship with Dinoo [Dinesh Vijan] that made me say yes," the actor was quoted saying.

Pankaj to do a cameo in 'Angrezi Medium' For the uninitiated, Pankaj is considered to be a lucky mascot by producer Dinesh who said it is impossible to conceptualize a movie without him.

The two have collaborated in Stree and Luka Chuppi.

Reportedly, Pankaj will be doing a cameo in the movie. He will essay the role of a travel agency dealer, who helps Irrfan and his daughter reach UK.

'Angrezi Medium' to see Kareena as a cop 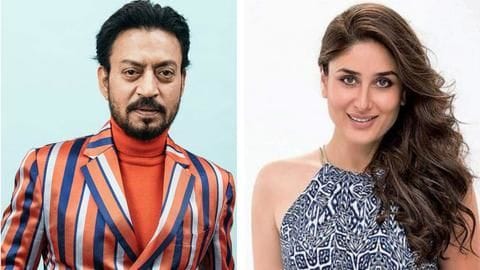 According to media reports, apart from Irrfan, Angrezi Medium will also star Kareena Kapoor Khan and Radhika Madan in lead.

It was reported that Radhika would essay the role of Irrfan's daughter in the movie.

On the other hand, Kareena will, reportedly, don police uniform for the first time for Angrezi Medium.

This will be Irrfan's first collaboration with both Kareena and Radhika.

'Angrezi Medium' to talk about troubles faced by students abroad Helmed by Homi Adajania, Angrezi Medium will have an interesting storyline, which is expected to appeal to the masses.

"The film will not just address the issues of Hindi medium students in the US but also those of the students from other countries who face trouble fitting into a system where English is the primary spoken language," a source was quoted as saying.

Irrfan Khan to take a break after 'Angrezi Medium'?