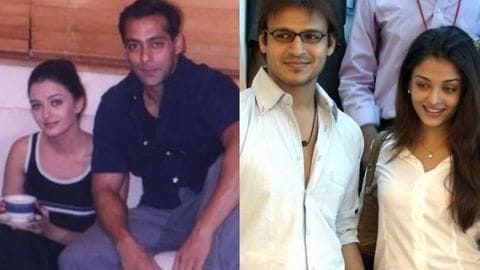 While everyone's waiting for the results of the 2019 general elections on May 23, Bollywood actor Vivek Oberoi is out here disappointing his measly fanbase.

After the declaration of the exit polls yesterday, which favored a majority for the BJP-led NDA, Vivek cracked a rather crude joke about his past with actors Aishwarya Rai Bachchan, his ex-girlfriend, and Salman Khan, her ex-boyfriend before him. The meme pokes fun at how the opinion polls, the exit polls and the actual results of the elections can very much be inconsistent.

Almost everyone ripped into Vivek for the obnoxious joke which unnecessarily seemed to dig up painful memories for Aishwarya, who married Abhishek back in 2007 and has a daughter with him named Aaradhya. Here are some reactions to Vivek's tweet.

'Once a loser, always a loser'

Some People never grow up in life ...This guy never knew how to respect a woman, and don't think he will ever learn to... Once a loser , always a loser @vivekoberoi #VivekOberoi pic.twitter.com/n6QVQsZgDU

He doesn't seem to have learned much from 2003 fiasco

'Too much to expect an apology even,' says journalist

Shameful .. shows lack of class .. too much to expect an apology even .. 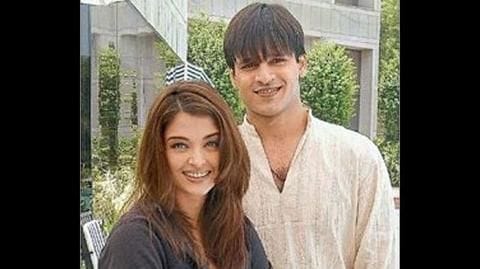 For the uninitiated, Aishwarya's abusive relationship with Salman ended up being quite the controversy, which made headlines back in 2002, when they broke up. She had leveled allegations of infidelity, and physical, emotional and verbal abuse.

In 2003, Vivek, who was then dating Aishwarya, accused Salman of drunkenly calling him 41 times in a press conference. Aishwarya ended things with him after that.

Why did Salman and Aishwarya breakup?

Aishwarya Rai had ended things with Salman Khan in 2002 on the basis that he was unfaithful and he physically, verbally and emotionally harassed her.

Why did Vivek and Aishwarya breakup?

Aishwarya Rai dumped Vivek Oberoi in 2003 after the latter held a press conference claiming that Salman Khan had drunkenly called him 41 times one night.

What are exit polls?

An election exit poll is a poll of voters taken immediately after they cast their votes to figure out voter trends.

What does Vivek Oberoi's meme mean?

Vivek shared a meme, which drew parallels between Aishwarya's relationship with Salman and the opinion polls, her relationship with Vivek himself and the exit polls, and finally, Aishwarya's endgame, marrying Abhishek Bachchan, referred to as the election results. The meme pokes fun at how the opinion polls, the exit polls and the actual results of the elections can very much be inconsistent.

Halloween is next month: Aishwarya's look slammed by Indian designer