Now, the Bollywood Queen has spoken about her equation with Hrithik's sister Sunaina Roshan.

She said that she has been friends with Sunaina, and that she doesn't want to interfere in her family dispute.

This comes after Kangana's sister Rangoli claimed that Sunaina continues to call them to apologize for the Hrithik episode.

To recall, back in 2015, Hrithik Roshan and Kangana Ranaut engaged in a dirty legal brawl, over their alleged affair.

It all started when Hrithik slammed a defamation case against Kangana, after she called him a "silly ex."

This was followed by a series of Twitter battles, long-standing legal drama, press interviews, clarifications, and much media attention.

Sunaina and I were always good friends: Kangana 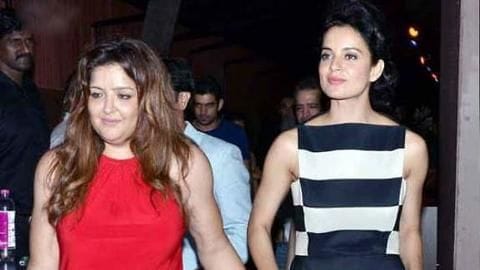 Now, in an interview, Kangana claimed, "It is true that Sunaina and I were always good friends and so was her family."

"Now they claim differently. Yes, she has been in touch with me, but I don't want to take advantage of her family dispute. Sunaina is still a friend but I will not hit somebody when they are down," she added.

Recently, reports of Sunaina's illness were doing the rounds

Meanwhile, reports of Sunaina suffering from Bipolar disorder and being hospitalized in a "critical condition," were doing the rounds.

Sunaina rubbished the claims. However, she admitted that her family has not been supportive of late, and that she's been in a "living hell."

While dismissing rumors of her illness, Sunaina accepted undergoing treatment for alcohol addiction.

Get your facts right: Sunaina scolded the media

Surprised to read about me being critical in hospital. Hello Times of India. I am out with friends and partying! Pls get your facts right.

Kangana's next, 'Mental Hai Kya' will release on July 26 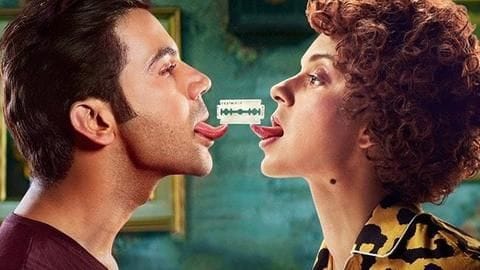 On the work front, Kangana Ranaut will next be seen in an upcoming black comedy film, Mental Hai Kya, opposite Rajkummar Rao.

Written by Kanika Dhillon, and directed by Prakash Kovelamudi, the film also features Amyra Dastur, Jimmy Sheirgill and Hrishitaa Bhatt. It is slated to hit the theaters on July 26, 2019.

Currently, Kangana is shooting for her 2020 release Panga.

On the other hand, Hrithik Roshan's much-awaited silver screen return with Vikas Bahl directorial Super 30, based on the life of Bihar mathematician Anand Kumar, is all set to release on July 12, 2019.

We are all same: Hrithik pens emotional note on Instagram

Hrithik says he shares a "beautiful relationship" with ex-wife Sussanne