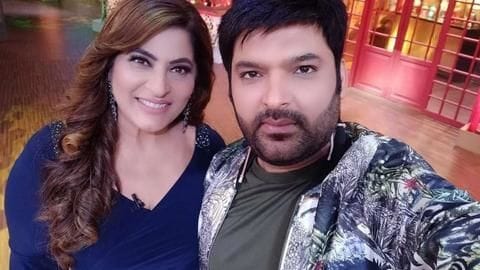 Laughter queen Archana Puran Singh, who currently sits on the permanent guest's chair on The Kapil Sharma Show, recently opened up about her rapport with its host Kapil Sharma.

When asked about how he has changed post marriage, Archana gave a warm reply.

"He had matured emotionally and only then decided to tie the knot," she said.

"Ginni is wise and mature, and yet fun-loving" 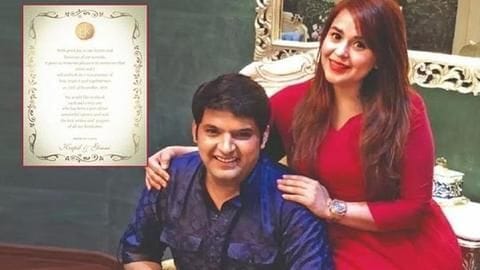 "I believe Kapil decided to get married as there was a big change in his life, in his thinking," Archana said, adding that his wife Ginni Chatrath has "contributed to Kapil's life in a good way".

"Ginni is wise and mature, and yet fun-loving, easy-going and affectionate," the 56-year-old said.

"We also visit them at home. She keeps a very warm environment," she added.

Sidhu was the original permanent guest on Kapil Sharma's show

Earlier that chair was occupied by cricketer-turned-politician Navjot Singh Sidhu, who had to vacate it after his tasteless comments about the ghastly Pulwama attack infuriated social media.

Facing public uproar, the show producers had to drop Sidhu and replace him with someone renowned in the comedy circle.

That's when Archana entered the show.

Meanwhile, Archana addresses the comparisons between her and Sidhu When Archana took over, comparisons between them started doing the rounds.

To this, she said, "We are two very different individuals. He has earned a name for himself and so have I. Our personalities are very different."

"Both of us are happy in our own space. It's just a coincidence that I'm here and he isn't. It goes on like that in our industry."

Earlier, Sidhu asked Archana to leave 'TKSS', or did he?

Earlier in May, Sidhu apparently had asked Archana to "leave my city and vacate my seat."

However, as the show progressed it turned out to be a prank Kapil was pulling on Archana.

After he finished reading the letter, all present, including Archana, broke into peals of laughter. She even stepped away from the chair, but returned saying it was only for a second.