Priyanka to have a grand birthday celebration in Miami 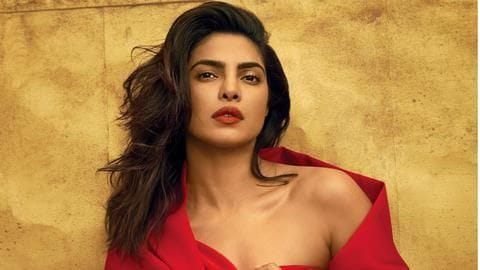 Priyanka Chopra Jonas turns 37 today, and she'll be celebrating it in style.

After all, these past few months were good to her: She got married to Nick Jonas, made a scintillating debut at Cannes red carpet, and attended her brother-in-law Joe Jonas' wedding to GoT star Sophie Turner.

So to make this birthday extra special, NickYanka and family will be partying in Miami. 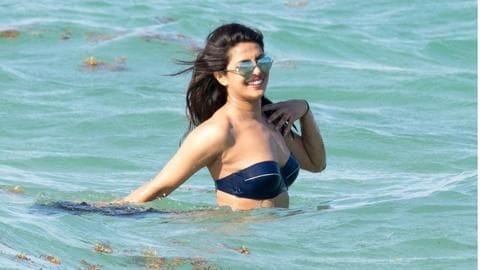 According to a report published in Pinkvilla, Priyanka's first birthday post her marriage with Nick will witness a grand celebration at Miami beachside.

Her family along with cousin Parineeti and her close friends have flown to the US to be with PeeCee on her special day, added the report.

Apparently, Miami happens to be one of the favorite locations of Priyanka and Nick.

Notably, Parineeti, who is busy with the promotions of Jabariya Jodi opposite Sidharth Malhotra, took a break for Priyanka's birthday. The 30-year-old, who is quite close to her Mimi didi, also shared a picture with PeeCee's mother Madhu, as they headed for the birthday bash.

'Kesari' actress is all smiles as she leaves for Miami

"We both have spoken a lot about working together" Further, in a recent interview, Parineeti expressed her desire to share screen space with Priyanka, if there is a good script but said she would prefer an action flick.

"If any producers or directors are making an action film, we would love to work together on it. We both have spoken a lot about working together, but the script should be correct," she added.

Priyanka to return to Bollywood with 'The Sky Is Pink'

Meanwhile, Priyanka is looking forward to her much-awaited Bollywood comeback with The Sky Is Pink.

She was last seen in Prakash Jha's 2016 release Jai Gangaajal.

The Sky Is Pink is based on the life of Aisha Chaudhary, who became a motivational speaker after being diagnosed with pulmonary fibrosis.

What is Priyanka Chopra's age?

Priyanka Chopra will turn 37 on July 18 this year.

How will Priyanka Chopra celebrate her birthday this year?

Priyanka Chopra, who will be celebrating her first birthday post-wedding with Nick Jonas, will be having a grand celebration in Miami along with her family and close friends.

Which are Priyanka Chopra's upcoming movies?

Priyanka Chopra will be making her Bollywood comeback after three years for Shonali Bose directorial The Sky Is Pink.

What is the story of The Sky Is Pink?

The Sky Is Pink is based on the life of Aisha Chaudhary, who became a motivational speaker after being diagnosed with pulmonary fibrosis

Priyanka says her most prized possession is her mangalsutra