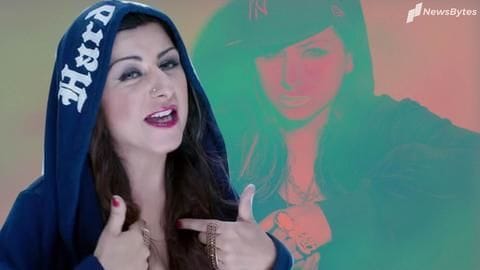 A month after she was booked for sedition, rapper Taran Kaur Dhillon, professionally known as Hard Kaur, has joined the secessionist "Referendum 2020" campaign, run by Sikhs for Justice (SFJ), demanding a separate homeland for Sikhs, Khalistan.

The 39-year-old rapper also advocated for the pro-Khalistan group SFJ, which was banned last week for alleged anti-national activities.

In a series of Instagram posts, Kaur, a self-proclaimed human rights activist, supported the Khalistan movement and criticized the BJP and the RSS.

She encouraged people to vote for Referendum 2020 in November.

In a video, she was seen wearing a 'Punjab Referendum 2020 Khalistan' t-shirt as she danced to a Tarsem Singh Moranwali song that praised militant leader Jarnail Singh Bhindranwale.

In a post, allegedly removed from Instagram, Kaur reportedly wrote, "Every minority state is fed up of Indian government & the racist Hindus. No one wants to live with you because you are the most dirty-minded people in the world...Indians hate the truth." In other posts, Kaur has highlighted the 1984 Operation Blue Star, where Indian military stormed the Golden Temple to arrest Bhindranwale, and the lesser-known 1955 attack, which came at a time when the Punjab Sooba movement demanded a separate Punjabi-language state to be carved out of erstwhile East Punjab.

In 1966, Punjab, Haryana and the union territory Chandigarh were created.

Khalistan will be formed. No one can stop it: Kaur Recently, the group was seen at the India-New Zealand cricket world cup semi-final, wearing Referendum 2020 shirts. The protesters were arrested.

11 cases have been registered against the outfit.

Earlier, Kaur was booked for sedition after calling Adityanath 'rapeman' 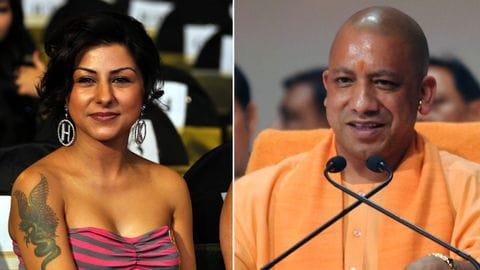 What did Hard Kaur say?

Supporting the pro-Khalistan movement, Hard Kaur said, "Every minority state is fed up of Indian government & the racist Hindus. No one wants to live with you because you are the most dirty-minded people in the world...Indians hate the truth."

Why was SFJ banned?

Sikhs for Justice was banned by the Union Cabinet over alleged anti-national activities.

Why was Hard Kaur booked?

Last month, Hard Kaur called Uttar Pradesh Chief Minister Yogi Adityanath an "orange rapeman" and blamed RSS for the Pulwama attack. She was booked under IPC Section 124A (sedition), 153A (promoting enmity between different groups on ground of religion), 500 (defamation), 505 (intent to incite) and Section 66 of the IT Act.

Sikh girl allegedly kidnapped in Pakistan has NOT returned home