Anushka on Virat's aggression: He's the calmest person I know Indian skipper Virat Kohli is known to be one of the most aggressive players on the field.

However, his wife Anushka Sharma feels that he is the opposite of it, and "is one of the calmest persons I have met."

"Off the field, he is so relaxed. He's not aggressive in real life. That's only his demeanor on the field," said the Sultan actress.

"He is aggressive on-field only because he is passionate"

"He's like that on-field only because he's so passionate. He's not aggressive in real life. That's only his demeanor on the field. He's the most shaant person I know. I look at him and I'm like, Wow! You're so chill," Anushka explained.

When we are together, world ceases to exist, says Anushka 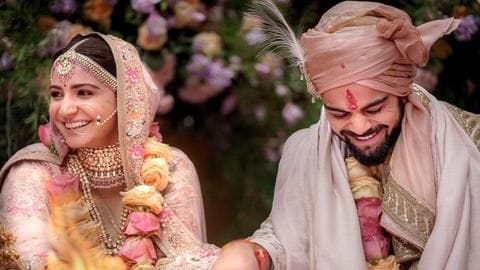 When Anushka and Virat suddenly tied the knot in 2017, everyone was surprised.

That's because, they were dating discreetly, and the actress was only 29, at the peak of her career when she took the plunge.

However, she doesn't regret it.

Rather, Anushka says, "When we're together, world ceases to exist," and that she married him "because of the human being he is."

"I am married to my best friend and confidant"

"I'm married to my best friend and confidant. I'm married to someone I love just because of the human being that he's. You talk about being misunderstood in life and then you meet someone, who understands you completely. Then the world doesn't exist," she highlighted.

Anushka says how they steal their moments of togetherness 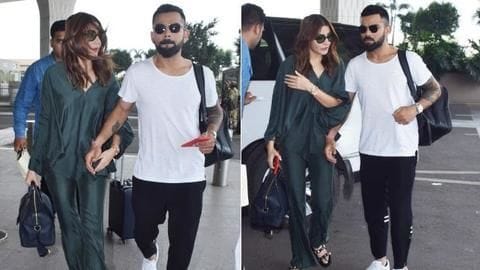 Given their hectic schedules, the IT couple often finds it difficult to spend time with each other.

They however steal their moments of togetherness amid this busy routine, like when one's receiving or dropping the other at the airport.

"Those are the moments you steal when you lead lives that are so demanding. For that, your priorities have to be set," Anushka told Filmfare.

We respect each other's work and our own, she says

"I'm never going to be like, 'Oh please spend more time with me at the cost of your work'. No, please do your work. He's the same with me. When you respect each other's work and your own, there's respect in the marriage," Anushka emphasized.

Taking a break from films is a conscious decision: Anushka 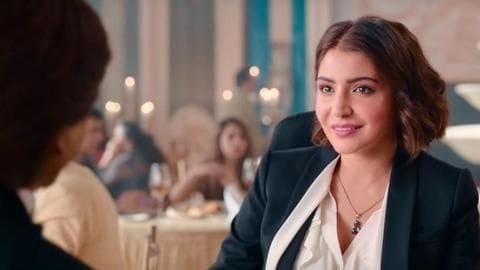 On the work front, Anushka, who was last seen in Zero, hasn't signed any project for now and wants to take time off from the big screen.

Calling it a "conscious decision", she said that she "was feeling too worked up," after doing films "back to back."

"As a creative person, it's important to take time off"

"After I got married, it was like a whirlwind. I was back on sets shooting for Sui Dhaaga and later Zero. I needed to take two months off. It's important as a creative person to take time off but you deny yourself that," Anushka stated.

What did Anushka say about Virat's anger issues?

Anushka Sharma feels that Virat Kohli is one of the calmest people she has ever known.

At what age did Anushka tie the knot?

Anushka Sharma tied the knot at the age of 29 with Indian skipper Virat Kohli.

Why did Anushka take a break from the big screen?

Anushka Sharma decided to take a break from the big screen as she felt too worked up after working back-to-back.

Which was Anushka Sharma's last movie?

Anushka's stylish Burberry bag is worth a luxurious Thailand trip

Anushka, Virat's weightlifting videos are giving fitness goals to all