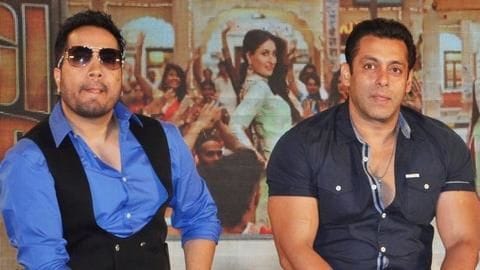 Federation of Western India Cine Employees association (FWICE), which recently banned Mika Singh for singing at a wedding in Karachi, has now warned Salman Khan against performing with the singer.

"If someone works with Mika during this ban, say Salman or anyone, then he too will be banned," it stated.

The statement was hinted at Salman's upcoming six-city gig in US along with Mika.

Will Mika perform alongside Salman next week in Houston? 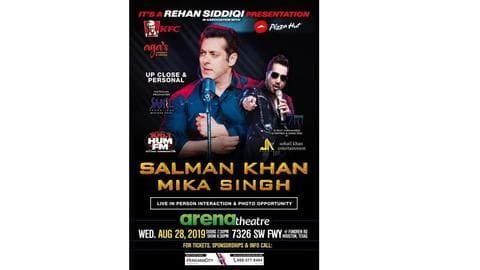 Titled as Up, Close and Personal With Salman Khan, the concert is scheduled to be held next week.

The event has been organized by Salman's brother Sohail's event management team and Jordy Patel of JA Events in India, and Bhavesh Patel in US.

Reports suggest that Mika will be performing on August 28 in the Houston leg of the concert, along with Salman.

Salman will have nothing to do with Mika, say organizers 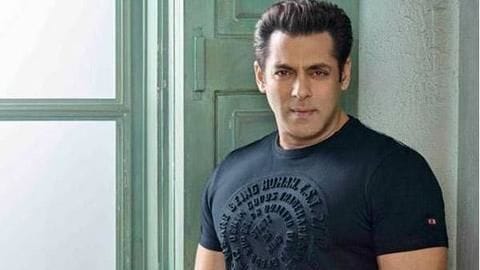 Meanwhile, the organizers of this concert clarified that the actor "will have nothing to do with Mika at the event."

"We're only dealing with Bhavesh Patel as our contract is with him. Some local promoter in the US must have signed on Mika and added him to the line-up. Salman and Mika will not even interact on stage," Jordy stated.

"Mika must be using Salman's name to promote himself"

Recently the Something Something singer posted a video in which he claimed that he'll soon be performing in Houston with "my big brother Salman Khan." To this, Jordy said, "Mika must be using Salman's name to promote himself, which everyone in the industry does."

Mika was banned over his performance at a Karachi wedding 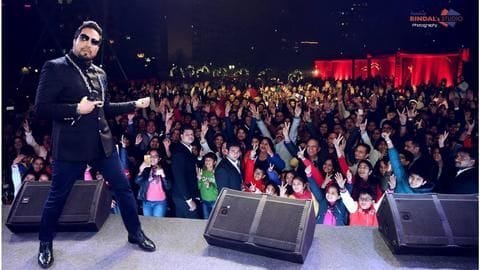 For the uninitiated, the controversy surrounding Mika started after his performance at a wedding function in Karachi, Pakistan, at a time when India-Pakistan relations are abysmal.

As a result, the singer received flak from his fans and was banned by the All India Cine Workers Association (AICWA) and FWICE.

AICWA has banned Mika from all movies, music companies 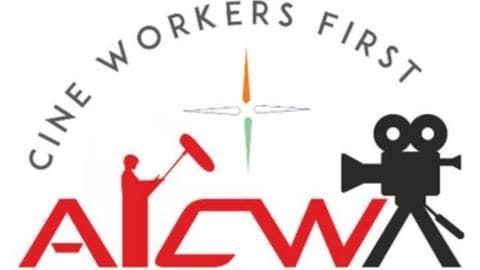 Criticizing Mika's negligence toward the grim political situation between the two nations, the film body has decided to put an unconditional ban on the singer, and has banned him from all movies and music contracts.

"AICWA takes a stand of boycotting all his association with movie production houses, music companies and online music content providers," its President Suresh Shyamlal Gupta said in a statement.

The ban indicates that no technician can work with Mika Meanwhile, Ashok Dubey, FWICE general secretary, told Mid-Day that the ban entails that none of the Indian technicians, including actors, directors and even spot boys, are allowed to work with Mika.

However, when asked about gigs that are being held outside India, he stated, "We cannot stop anybody from conducting an event. Our policy is simple: We'll not work with the person who's banned."