Kareena Kapoor's new dress is worth a trendy sports bike 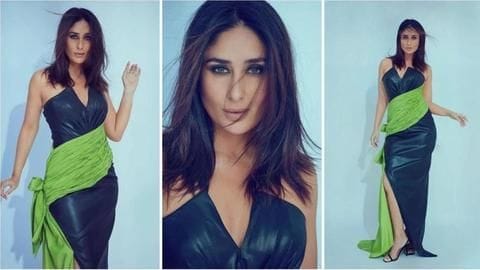 Kareena Kapoor Khan is Bollywood's ultimate fashionista who is known for her sartorial choices.

Be it at the airport or at an event, the diva never fails to leave a mark with her style statement.

Recently, Kareena, who is judging Dance India Dance 7, slayed it in her Ziad Germanos dress on the show.

It's undoubtedly trendy, but its price will blow your mind.

Did you know: Her dress costs a whopping Rs. 1.6L!

In the latest episode of DID 7, Bebo wore a dark blue off-shoulder dress with green drape tied around her waist from Ziad Germanos. Needless to say, she looked stunning in it. But, this trendy outfit is worth Rs. 1.6 lakh. Jaw-dropping, isn't it?

Not just the dress, her smokey-eyes too make a statement 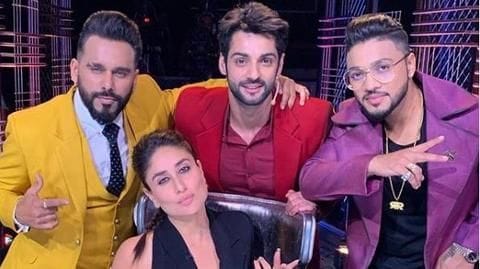 Notably, DID 7 marks Kareena's debut on the small screen.

The actress is seen judging the dance-based reality show with singer Raftaar and choreographer Bosco Martis.

And if media reports are to be believed, Kareena is charging a stunning Rs. 3 crore per episode for the show.

With such a fat pay cheque, she is said to be the highest-paid actress on Indian television.

I completely deserve for the hours I'll put in: Kareena

"You need to put a lot of hard work, especially on television. Pay-package has to be good. And when a male judge can get it, why not a female? I think I've got what I completely deserve for the hours I'll put in," she justified.

She has wrapped up shooting of 'Angrezi Medium' 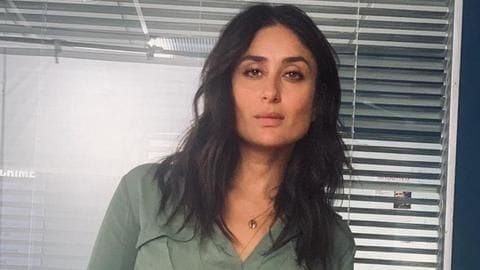 Meanwhile, Kareena recently wrapped up the shooting of her movie Angrezi Medium with Irrfan Khan.

The movie happens to be the sequel to 2017 release Hindi Medium and features Kareena in the role of a cop.

Besides, she will be seen in Akshay Kumar, Diljit Dosanjh-starrer Good News this year, along with Karan Johar's multi-starrer period drama Takht, which will release next year.

What is Kareena Kapoor's fees for Dance India Dance?

What is Kareena Kapoor's role in Angrezi Medium?

Kareena Kapoor Khan is playing the role of a cop in Irrfan Khan starrer Angrezi Medium.

Which are Kareena Kapoor's upcoming movies?

What is the price of Kareena's Ziad Germanos dress?

'Laal Singh Chaddha' only film I've ever auditioned for: Kareena