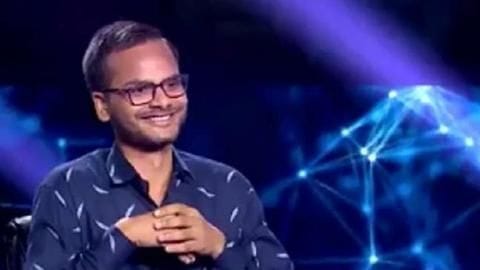 In a nail-biting episode that recently got aired, Bihar's Sanoj Raj correctly answered the 15th question, which was worth Rs. 1cr, and created history on the show.

However, the game is not over, as Sanoj is yet to answer the final question worth Rs. 7cr.

Sanoj is overjoyed with his triumph on the quiz show 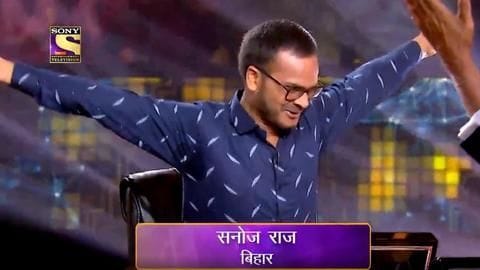 In a promo video shared by Sony, the broadcasting channel, Sanoj was seen rejoicing after Big B announced his big achievement.

Expressing his happiness, Sanoj admitted that he is finding it hard to believe that he has made it so far.

But the game soon got intense, when Bachchan rolled out the chotti ka prashan worth Rs. 7cr.

The episode will be aired tomorrow.

Will Sanoj be able to answer the final question?

Sanoj Raj is our season's first Crorepati! He will attempt the jackpot question for Rs 7 Crores now. Will he succeed? Find out on #KBC, this Thursday and Friday at 9 PM @SrBachchan pic.twitter.com/eVEuX7esNb

Profile: Sanoj, an engineer, aspires to be an IAS officer To note, Sanoj is the son of a farmer, and hails from a small village in Bihar.

He did his schooling from Jahanabad.

After completing his B.Tech, he has been working as an Assistant Commandant for two years now.

However, Sanoj has some big plans in life.

This young engineer from Bihar aspires to be an IAS officer, and wants to serve the society. Earlier, a 19-year-old trainee pilot, Himanshu Dhuria, had also made it to the Rs. 1cr-worth question.

While hopes were high about him being the first crorepati of KBC 11, Himanshu bowed out before taking the leap, and went home with Rs. 50L.

Last month, a labor inspector from Madhya Pradesh, Charna Gupta, also did the same, and chose to quit at the 15th question. 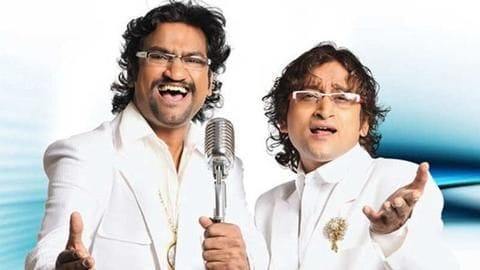 Interestingly, KBC, which has been ruling the Indian television for 19 years now, came with new elements in Season 11.

For instance, its iconic tune has been revamped by music directors Ajay-Atul.

The lifelines also witnessed a new addition, as 'Flip the question' was reintroduced this season.

This option allows contestants, sitting on the hot seat, to replace the current question with another one.

Participate and win prizes at home through 'KBC Play Along' 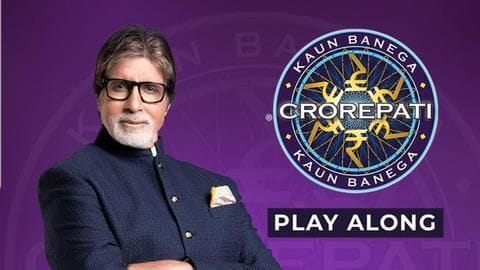 Just like its previous season, KBC 11 also gives viewers an opportunity to play the game, through the KBC Play Along option on Sony LIV app.

Notably, they can win daily prizes by maintaining their positions on the leader-board of the app.

However, unlike the tenth season, this time the winners of KBC Play Along will feature on the show during the finale week.