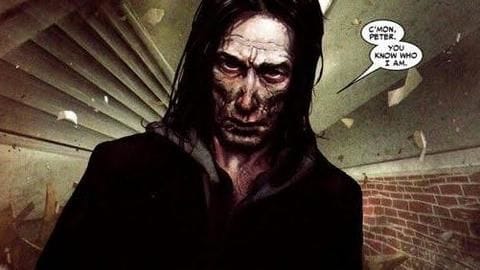 Marvel Comics have thousands of characters with multiple powers and various motives. There is an equal number of storylines and events happening in several settings in the comics.

Overseeing it all is a single entity who is Marvel's version of God.

He has no definite physical form and is the progenitor of everything- an ultimate presence named One-Above-All.

Read on to know him better.

To understand his powers, understanding the One-Above-All is important

In the Marvel Universe, certain characters are above others in the hierarchy.

For example, in a one-on-one fight, Thanos can easily beat most people, but in front of Galactus, even he is nothing.

This goes from humans (Hawkeye) to Gods (Thor) to celestials (Exitar), and then cosmic entities (Eternity)/inter-dimensional beings (Beyonder).

Overseeing everything is The Living Tribunal and he, in turn, reports to One-Above-All.

The entity is present everywhere and controls everything 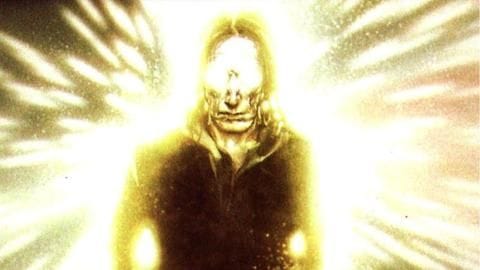 One-Above-All is omnipresent and sees everything. He can change anything but rarely interferes in worldly matters.

He made the entire Marvel Universe and as theories suggest, can be considered the comics' version of Stan Lee and/or Jack Kirby.

While he can see everything, no one has actually seen what he looks like. All of his representations in the comics have been different.

He has appeared in the comics three times 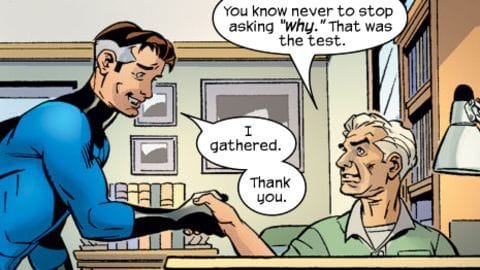 He met the Fantastic Four as an aged artist (probably resembling Jack Kirby). He healed Reed Richards and interacted with the heroes, especially Sue Storm.

When Peter Parker was severely depressed, he appeared in front of him as a homeless guy and advised him.

When Asteroth left Beta Ray Bill to die, he appeared as a glowing white-robed man and restored him to life.

The entity describing what it really is

"I am the One Above All. I see through many eyes. I build with many hands. They are themselves, but they are also me. I am all-powerful. My only weapon is love. The mystery intrigues me."

In conclusion, no one can really comprehend his powers

He exists beyond mortal thinking capabilities. Beside being omnipotent and omniscient, he has unlimited, incalculable, and immeasurable power.

He has no weaknesses and cannot be killed. He can, however, create and destroy anything in the Marvel Universe.

He is also called the "Above-All-Others" and exists beyond time with the power to manipulate and restore multiple realities as he did with Thanos and Adam Warlock.

OnePlus phone to feature 'disappearing' cameras. What does it mean?